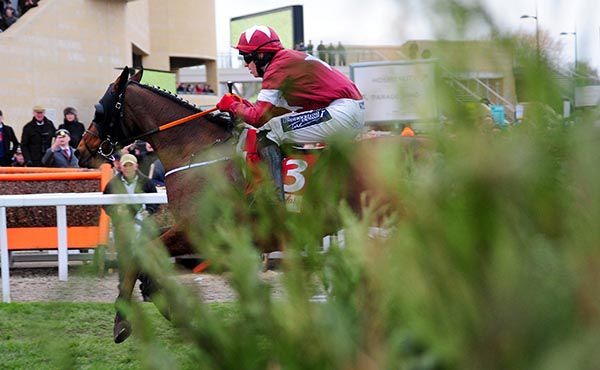 Tiger Roll sauntered to a second victory in the Glenfarclas Chase over the cross-country fences at Cheltenham to tee himself up perfectly for back-to-back wins in the Grand National.

Gordon Elliott’s diminutive nine-year-old was winning at the Festival for the fourth time, emulating Altior in the process, and while his races may not have been as prestigious, with the Triumph Hurdle and National Hunt Chase also in the bag, it is no less meritorious.

After his victory in the corresponding race 12 months ago, Tiger Roll went to Aintree and won the biggest race of them all and he is now as low as 6-1 favourite to become the first dual National winner since Red Rum.

It stopped what had been up to that point a pretty miserable Festival for Elliott, who had seen four favourites beaten in the first two days with little to cheer about.

But with Keith Donoghue doing the steering there was very little to worry about, as the 5-4 favourite pulled a yawning 22 lengths clear of Josies Orders, with last year’s runner-up Urgent De Gregaine third this time.

“This horse has won at four Cheltenham Festivals now and a Grand National. He’s our first winner of the week and I won’t forget him.

“In his last run in the Boyne Hurdle he looked as good as he ever was and today he was brilliant. I’m very lucky to have him.

“You win the Grand National by accident and we’ve won it twice. It’s a big ask for this horse to do it again, but what he has done there today has been brilliant and we’ll enjoy it.

“To win at four Cheltenham Festivals is class.”