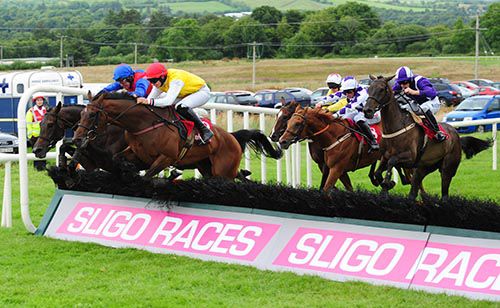 Sang Tiger overcame some sticky jumping to claim the Live The Dream With Tote Maiden Hurdle at Sligo for trainer James Lambe.

Adrian Heskin produced the German-bred to challenge at last and he kept on well in the closing stages to post a length-and-a-quarter victory over Vision Du Coeur.

It was a welcome winner for Lambe, his first since late March and he said afterwards:-

“He had good form in France. The first day we ran him over hurdles in Down Royal I came home scratching my head and there was no real excuse.

“Liam (McKenna) said he was probably a bit cold. Liam did a lot of schooling on him during the week and said that if he jumps he'd go very close.

“He'll get further. He needs to brush up his jumping as Adrian said he only jumped three hurdles.”