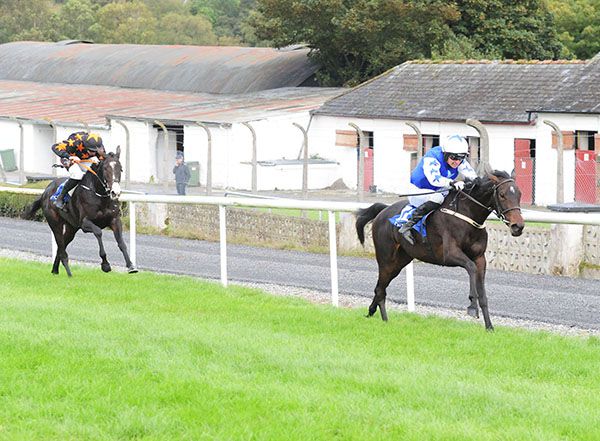 Willie Mullins had just the one runner at Clonmel this afternoon and, despite a market drift, Suvretta proved much too strong in the bumper.

The Yeats filly was backed as if defeat was out of the question when third on debut at Ballinrobe but was allowed to drift out to a starting price of 5/2 here from around evens this morning.

Patrick Mullins’ mount cruised into contention early in the straight and was pushed out to draw clear inside the final furlong.

Patrick Mullins said, "She is one of the smallest horses in the yard and because she is so small we had been easy on her before Ballinrobe. She blew up then and since then we have trained her normally and that has helped her improve. The ground today was a lot better than at Ballinrobe.

"She is related to Sesenta and she too was very small. It is a great fillies' pedigree and I'm not sure whether we go jumping now as she would only be a novice through the winter then. We could wait until next year to go jumping and we might look for a mares' winners' bumper next."