Tom's Article one for favourite backers 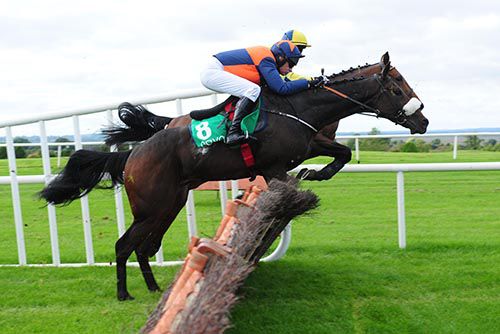 The Downpatrick bumper winner didn’t have things all his own way as he was pushed along on the home bend just behind the leaders.

However, he was soon travelling well at the second last and came through with his challenge at the final hurdle. Although he landed awkwardly, he picked up well on the uphill finish to score by a length and a quarter.

Des McDonogh’s Little Haarth kept on for second at 6/1 (having been 8/1 in morning trading). He was three parts of a length ahead of 33/1 outsider Hootie.

Gordon Elliott said: “It’s good for the owners (Robert and Emer O’Brien) who are from Tipperary. He deserved it. He likes the ground and might want a bit further. We’ll keep him going as long as the ground is good.”

Paul Carberry added: "His jumping needs improving. He's a good jumper but when he learns to jump them properly he'll be a lot better. He'll make a real nice chaser if anything I think. From the minute we turned in I always thought we were going to win."