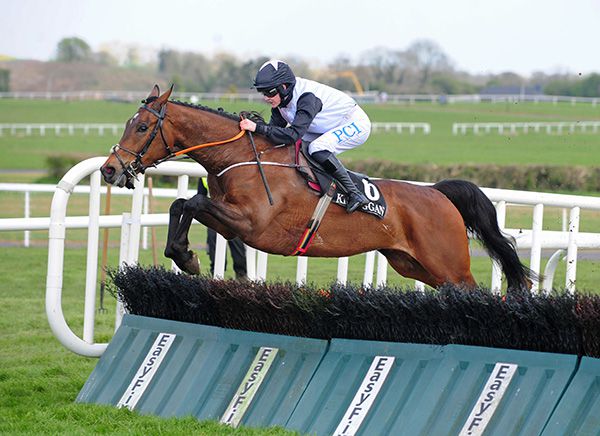 Rachael Blackmore is making gradual gains on sidelined Paul Townend in the Jockeys' Championship and bridged the gap to seven (95-88) with her win on Henry De Bromhead's Not Available (6/5f) in the second division of Kilbeggan's Spring Two Day N.H. Meeting Maiden Hurdle today.

With most of trainer De Bromhead's horses being festival-types, Blackmore has had a frustrating spell chasing winners since her April 10 Aintree festival heroics on Minella Times, and today bagged a second winner from 24 rides since.

Not Available today shook off the challenge of Big Bucks' half-brother Buck's Billionaire, when scoring a 5.5L win in the Robcour colours.

Following Not Available's win, Blackmore reported “he appreciated the extra couple of furlongs today and hopefully he'll be a lovely horse now for the summer.

“He handled that ground and I think the penny is only starting to drop with him now.”

An update on Townend's Punchestown participation is expected at declaration time (10.30am, final dec's 12pm) on Sunday, ahead of Tuesday's start to the season's final festival.