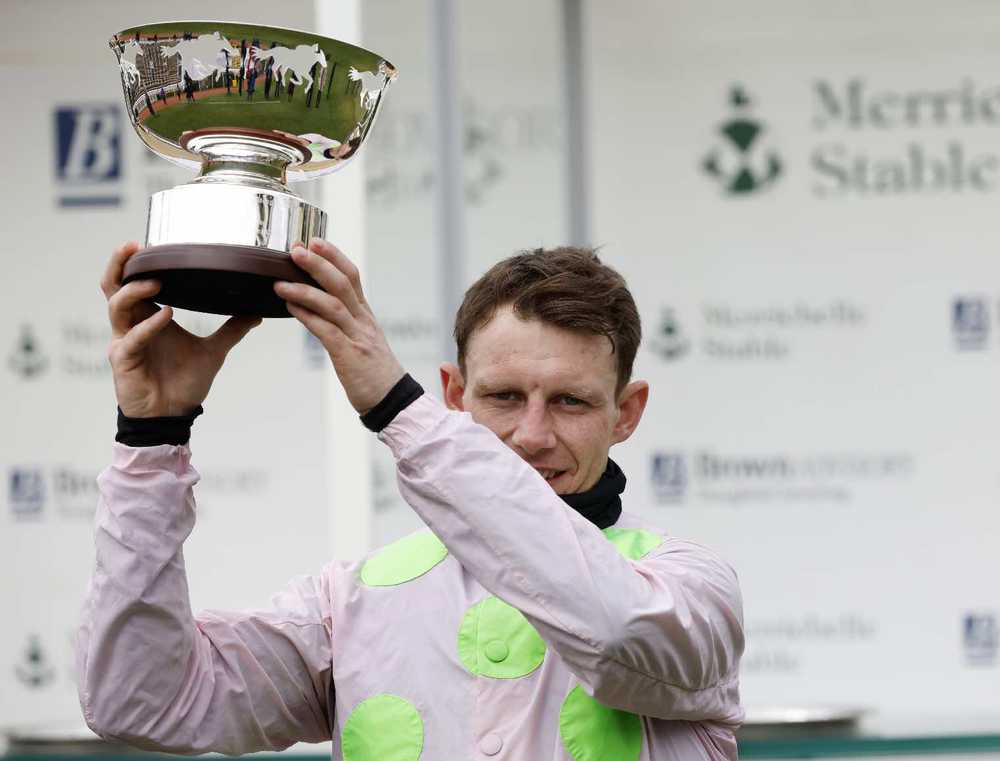 Paul Townend is having a special boot made in case he is deemed fit enough to ride at next week’s Punchestown Festival.

Ireland’s champion jockey has been on the sidelines since the Fairyhouse Easter meeting when he sustained a foot injury in a fall from Egality Mans.

He subsequently missed the rest of the Fairyhouse festival and three days at Aintree, but he has held on to his lead in the title race.

At the time of his fall he was 10 clear of nearest pursuer Rachael Blackmore, who has been unable to make significant inroads by riding just two winners since, despite her Grand National heroics.

Should Townend make it back, then he would have a mouthwatering book of rides to look forward to for Willie Mullins.

The likes of Monkfish, Appreciate It, Chacun Pour Soi, Al Boum Photo and Energumene all lie in wait next week.

“It is progressing, but very slowly,” said Mullins of Townend’s injury.

“I didn’t speak to Paul for a few days, but I just said ‘let’s not talk, you just do what you have to do and get your boots made’.

“He is going to have to have a protective boot made for the leg that is injured and I just said ‘get yourself ready and I’ll talk to you the morning we are doing declarations and we’ll see how he is’.”