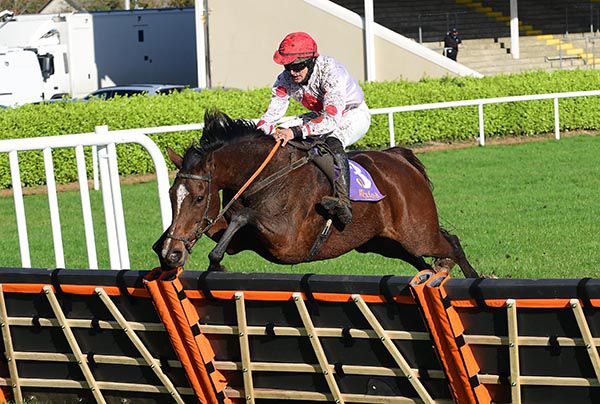 No Memory, a 115-rated dual-hurdle winner, finished 5.75L third to 134 rated French Made in today's 2.00pm race at Listowel, with the mare staying on well from off the pace, under a hands and heels ride.

The stewards later issued the €2,000 fine to O'Brien and suspended jockey Ambrose McCurtin for 14 days, under Rule 212, which covers non-triers.

An infuriated O'Brien sought press members following the decision and said “we were beaten by a Grade 2 winner. She (his No Memory) is rated 115, she should have been getting a stone and a half from her and finishes third.

“The reason she finished third was because she was out the back and they went too quick and the race collapsed. She obviously hadn't the pace of the winner who was placed in a Grade 1 and was a Grade 2 winner and she finishes third.

“It was her best run ever and I'll have to appeal.

“We were given a E2,000 fine and Ambrose McCurtin got 14 days. Why? Because he didn't flog her to death with the whip or something? It is scandalous.”