Verbal Dexterity back in action for Royal Whip 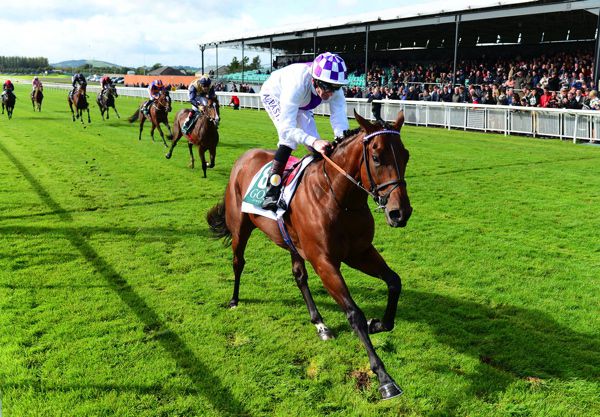 The Qipco Irish Champion Stakes hopeful has been sidelined since his fourth-place finish in the Racing Post Trophy at Doncaster last October.

At that stage Verbal Dexterity had a chance of being European Champion Two-Year-Old, and trainer Jim Bolger subsequently blamed himself for running the Vocalised colt.

He reportedly had a low-level bug which saw him quiet for a month after that, but is now seemingly ready to start back equipped with a first-time tongue-strap.

Setbacks this year have seen the 117-rated performer miss the 2000 Guineas at Newmarket in May and the Irish equivalent later that month.

An initial attempt at 10 furlongs is now in the offing for Verbal Dexterity in this eight-runner heat, and three from the Classic-generation test their mettle against the older horses.

One of these, Ming, returns to home soil after his sixth-placed effort in the Grade One Secretariat Stakes at Arlington Park in the US a fortnight ago.

Ming was denied a clear passage in the straight when running very creditably then and must be viewed as a contender, along with another Arlington sixth-placer, Deauville.

Success Days has been on his travels as well, taking in events in Australia and France in recent times. Ken Condon’s grey is back in familiar territory now, having landed this prize in 2016.

Teqany could be the one to focus in on for this mile-and-a-half event. Despite his top-weight burden, on the back of his Tramore hurdling success plenty will row in behind the Dark Angel gelding.