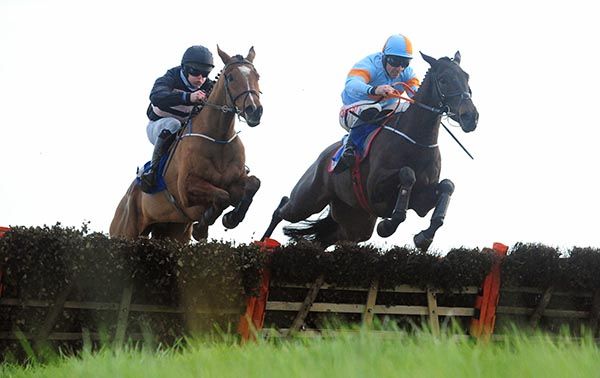 The 5/4 favourite Vina Ardanza had to work hard for victory in the 4-year-old maiden hurdle but managed to just do enough to see off Walnut Beach (9/2) by a short head.

The latter was always prominent but was joined by the strong-travelling market leader at the second-last. Vina Ardanza led over the last but Walnut Beach dug in and was narrowly back in front on the run-in. Davy Russell was not to be denied, though, and drove Vina Ardanza to the front in the final strides to make a winning start over flights after his bumper success for Stuart Crawford at Ayr in the spring.

It was a quick double for Califet after Cilaos Emery in the preceding contest.

Winning trainer Gordon Elliott said: "He was grand but was a bit novicey and landed over the last three big enough. He is probably a better than the short-head he won and he is probably a horse more for the spring and summer than winter heavy.

"He was green but he is a baby and we might give him a break now for a few months.

"He is a little revved up at home but when he gets going is fine. It was a nice performance and he couldn't do any more than win and I think he will improve plenty from it."