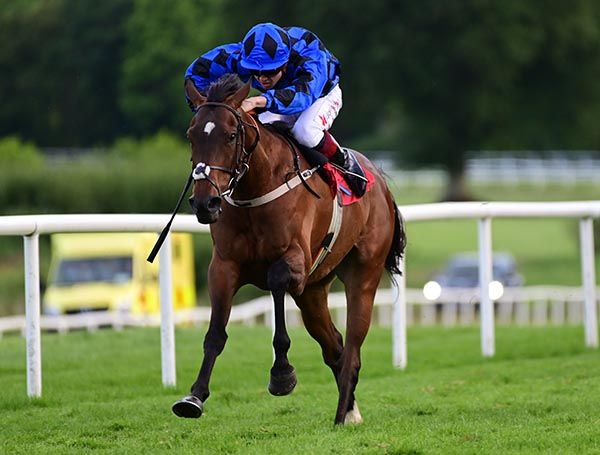 Vischio (4/1) was a ready winner of the extended mile and five handicap which concluded Gowran Park's card.

The Holy Roman Emperor mare, with Dylan Browne McMonagle in the saddle, tracked Queen Of Oriel before passing her three and a half furlongs from home.

She kicked on with a quarter of a mile to go and was soon chased by Derrinlaur. The leader was clear at the furlong pole and, try as 3/1 favourite Derrinlaur did to cut into the deficit, she was still a length and a quarter adrift at the line. The runner-up was four and a half lengths clear of Storm Steps (14/1).

Trainer Dick Donohoe said: “She loves it here. It's nice to win here at my local track and the owners are local.

“Dylan gave her a lovely ride, he got all the fractions right. He got an easy enough time of it and she seems to like being handy and dictating.

“We could maybe go back over hurdles with her, she'll definitely mix it during the summer. When you have a dual purpose horse you have plenty of options.

“We'll maybe look at Galway and some of those nice places.

“Some relations of mine own her and it's an interesting story with her. She was bought a year-and-a-half ago for a close friend of mine who was fighting cancer and unfortunately he passed away last August and she went to the sales.

“Michael Donohoe bought her for his sister Mag who is having health issues as well. She is here tonight, is in great form and flying. This will give her a boost and everybody is getting a bit out of her.”