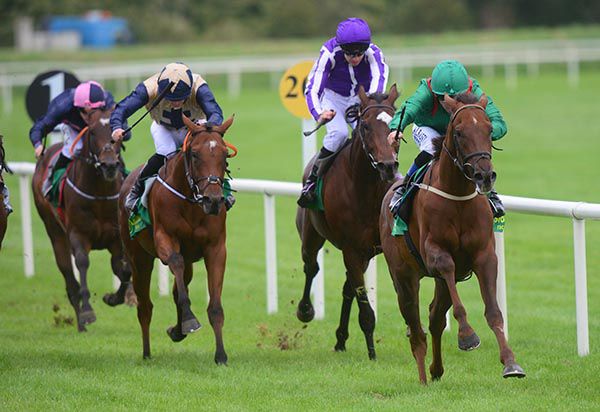 The son of Zoffany had finished second on each of his previous two starts but today made all the running to eventually beat 9/10 favourite Louisiana by two and three parts of a length.

Afterwards Hayes said “he was probably a little bit unfortunate that he bumped into two quality colts of Aidan O’Brien’s in Galway (Innisfree) and the Curragh (Mogul).

“He dropped back in trip with an ease in the ground but he’d plenty of experience and thankfully the boss said to let him use his stride and his pace. He settled nicely and quickened up. He was pricking his ears in front, and I think he’s a nice horse.

“He’s a lovely genuine straight-forward horse and I don’t think the ground was an issue to him. He has plenty of natural pace and he stays going.”