Weld and Slattery a profitable alliance 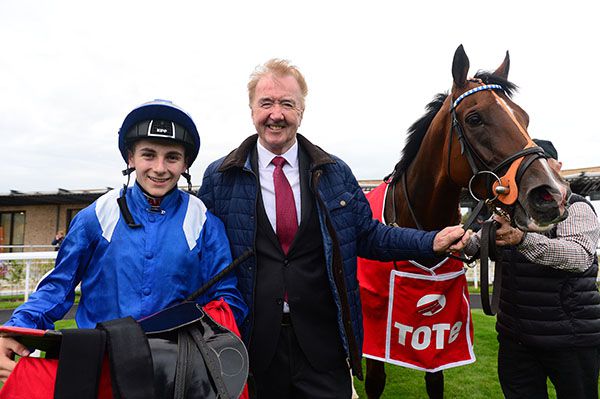 The young rider gave the Dansili gelding a lovely patient ride, hitting the front well inside the final furlong before running on to defeat Current Option (12/1) by three quarters of a length.

Numerian (6/1 fav) and Ice Cold In Alex (12/10 completed the placings in third and fourth respectively.

“I think Andrew has ridden seven winners from 18 rides for me,” said the winning trainer Weld.

“Of course he won the big handicap here on Guineas weekend on the same horse.

“Everything went to plan, he always travelled there nicely. He just didn't handle the track in Galway.

“We've no definite plans. We'll see how he comes out of the race before making a decision where we go with him.

“The seven-furlong handicap (Sovereign Path) in Leopardstown is probably the race for him. I think he showed enough pace there for it and that would be the logical place.”