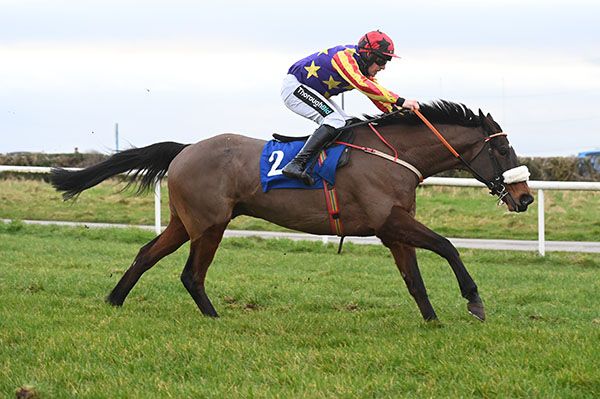 The David Christie-trained gelding won the early battle for the lead in the three-miler and had his rivals at work before the home straight.

There was a long run to the line, with the last fence omitted, and the Winged Love gelding stayed on stoutly, for Barry O'Neill, in the closing stages to record a 12-length win over 10/11 favourite Billaway.

It was a third 'track' win for Winged Leader who has also claimed nine victories between the flags.

"He was very good beforehand and I was very happy coming here and I thought he had improved a lot from last year,” said Christie.

“We have deliberately campaigned him fresh this year because we'll aim for some of the bigger targets in the spring.

"He'll get a Cheltenham entry, as will Vaucelet, although I've always thought he'd be a fair horse for Aintree.

"The rain is bound to come and Naas can get very heavy so it might be too close to Cheltenham. One week changes a lot in a horse's life but at this moment I'm very happy to give him a Cheltenham entry."