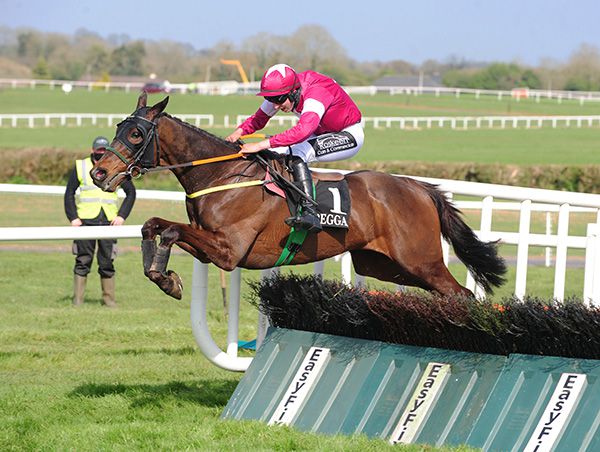 Jockey Eoin Walsh resumed winning ways at Kilbeggan today as he partnered his first winner since last September on Lignou, which completed a double on the day for trainer Noel Meade in the Follow Kilbeggan Rated Novice Hurdle.

Walsh's previous win was on Goodbye Someday at today's venue on September 4 and today made all the running to win on the Gigginstown House Stud owned Lignou, which held on for a neck win over Hewick.

Meade, earlier successful with promoted Hymie Weiss, later commented “he was in at Punchestown in a good hurdle race but I thought we'd let him come here as it looked an easier option.

“On a sharp track it was a good ride to hold the inside and dictate it like that. He stuck it out.”