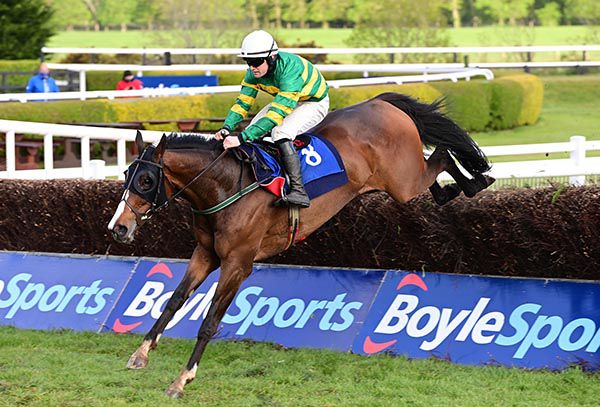 The Court Cave gelding, with blinkers reapplied, wasn’t taken on up front and soon got into a lovely jumping rhythm.

He was pretty much foot perfect, had all of his rivals off the bridle and struggling before the third last and was clear all the way up the home straight before being eased down to beat the gallant 14-year-old Kruzhlinin by six and a half lengths.

It was a third win in the last five renewals of the race for winning trainer Enda Bolger who said: “He was to go in the La Touche but the ground was a bit quick for him and we knew they'd have a good job done on the ground here.

“It is hard luck on Darragh (O'Keeffe), who has to get a stitch on his eye lid (after getting a bang in the face riding third-placed Esthers Marvel in the third race).

"Kevin gave him a peach of a ride and they were in unison together. That's his second time riding for us and his first winner.

"We'll follow these races around now for the summer."