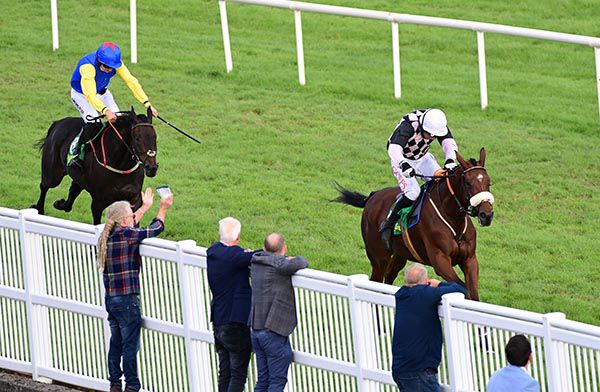 The 5-year-old had been placed in two of his four bumper starts prior to this and, having sat second to Olord for much of the journey, was driven to the front inside the final furlong.

Winning trainer James Fahey said, “I actually thought he’d win a bumper before this. I’m delighted for the Hurley family as he’s a homebred and they still have the dam.

“It was very important to get a bumper for him and he’ll go on over hurdles now. He’s schooled and is ready to go.

“Derek said he was in right order today and he doesn’t think he’ll have any issues with trip.

“He is a big horse and chasing will be his game in time hopefully.”