Cormorant wins the first under Heffernan 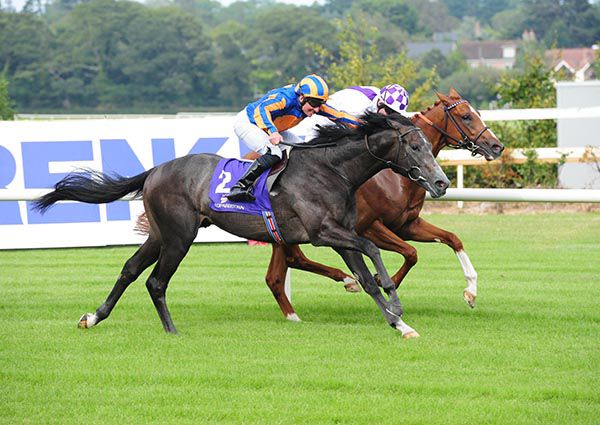 CORMORANT and Seamie Heffernan (near side) beat Agitare in the 2-y-o Maiden.
© Photo Healy Racing

Aidan O’Brien ran two in the opening 1m 2-y-o Maiden at Leopardstown, and while all the money was for his newcomer Mythical (8/13 fav), it was the once-raced Cormorant (7/2) who came home in front.

Seamie Heffernan’s mount cut out the early running from Agitare (16/1) in second, and although headed by that one early in the straight, he battled back gamely to win by a short head from the Bolger-trained debutant.

Taramansour (13/2) was back in third another length and a half away, while Mythical didn’t pick up from the two pole and finished sixth.

The winner, by Kingman, cost over 1,000,000 guineas as a yearling, and had finished fourth to Free Solo over course and distance a fortnight previously.

The winning rider Seamie Heffernan remarked: “He had a lovely run and a lot of them need a first run badly.

“I was happy with him. He's clean winded and he has a real good attitude. He's highly likely to get further.”