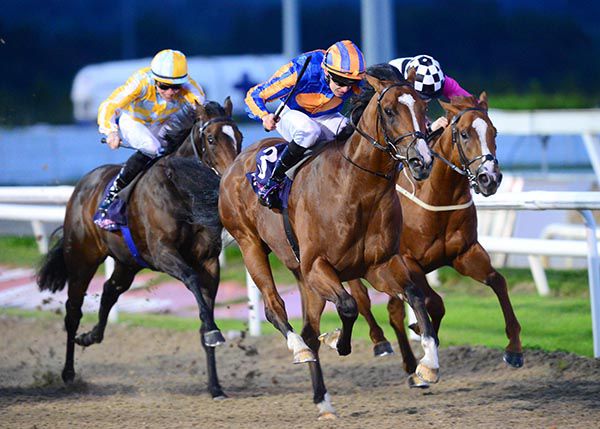 Fort Myers (Evens fav) had solid Group race form in the book, was best in on ratings and was already a winner at the track, so on the face of it had plenty going for him in the featured Boylesports Irish EBF Star Appeal Stakes.

Aidan O'Brien's charge didn't disappoint as, after being switched out for racing room early in the straight, he quickened up to beat Justifier (9/2) by a length, with the running-on Punita Aurora (10/1) another head away in third.

A son of War Front out of Irish 1,000 Guineas winner Marvellous, the January foal has held his form well since making a winning debut here in April.

“I jumped to make to make the running but Colin wanted to go quicker so that was fine,” said winning rider Donnacha O'Brien.

“I just said I'd slot in behind them. I just had to wait a few strides for my run but once I did get out he quickened up nicely.

“He loves this kind of surface and likes a bend to run around so I'd imagine you'd have to think about it (Breeders' Cup). I'll leave that to Dad but I'd imagine he's certainly in the mix.”

On Breeders’ Cup Turf contender Anthony Van Dyck, who galloped before racing, O’Brien added: "He felt good. He's a lazy horse so he's never too flashy in his work. He feels good and is in great form."