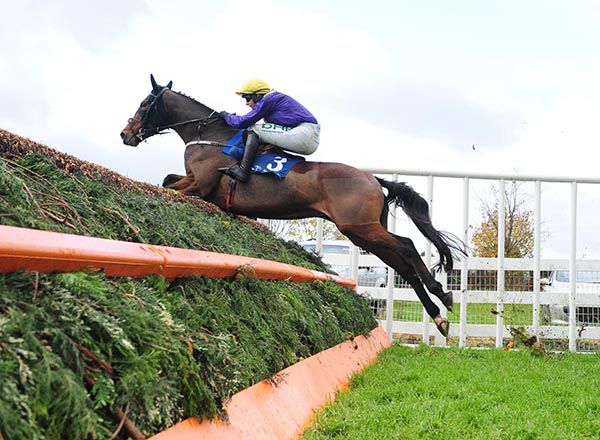 The seven year old son of Califet doesn't race during the summer months but nonetheless has already had four long spells of 236, 222 and 391 days on the sidelines and coming to Naas today, hadn't raced for 289 days since his only previous chase appearance when winning at Gowran in January.

Afterwards Patrick Mullins, representing his father Willie, said “that was very impressive for a horse with such little experience. Ornua is obviously a Grade 1 winner and we were getting a lot of weight.

“He wasn’t going to be easy to place this year with just one run as a novice. I’m not sure what the plan is now but he has a lot of ability and will probably be kept to two miles for the moment.

“He’s only had two runs over fences and maybe it would be best to take baby steps and get more experience into him.

“Today was an ideal race with just four runners and they were well spread out. His jumping has always been good.”

Paddy Power later cut Cilaos Emery to 10/1, from 16s, for the Champion Chase at Cheltenham next March.