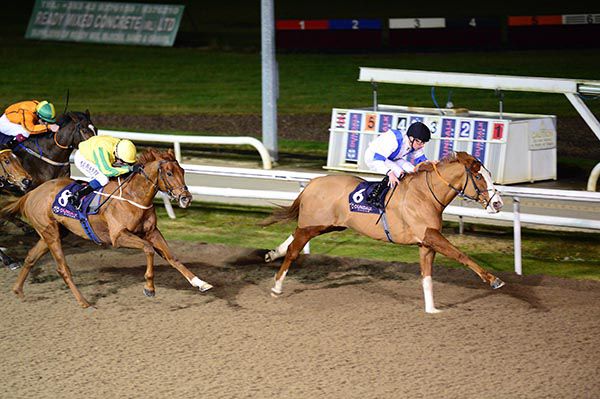 David Marnane was unable to add to his tally of winners at his 10th successive Dubai Carnival over the winter, but was satisfied with how his three horses performed.

Freescape put up the best display out of the County Tipperary trainer’s trio when outrunning his odds of 100-1 in the Group One Jebel Hatta -to be fifth behind Godolphin’s top-class Barney Roy.

“It was a cracking run,” said Marnane.

“We knew it was a good race. He was over there, he was fit, he was well, so we elected to take our chance with him.

“He was unfortunate all winter with draws out there, and I presumed he wouldn’t get another outside draw — but he did.

“He dropped in from his bad draw and travelled really well, but got stopped a little bit up the straight. It probably cost him fourth — but it was a good, solid run.

“The whole year, I’ve been waiting for him to get a one-to-six draw, to be in the box seat. That’s the way he likes to be ridden, but he never got it.

“Freescape runs better in Dubai than he does anywhere. He’s run really well.”

Marnane was pleased the handicapper did not punish Freescape for that effort, although plans are on hold because of the coronavirus pandemic which has halted racing in Britain and Ireland.

“The handicapper left him alone,” he said.

“He could easily have put him up — (so) we’re happy with that.

“It’s very hard to know what plans to make with what’s happening — but I’d love to see him in a strongly-run straight mile, like the Royal Hunt Cup, on very fast ground.”

Marnane’s 2018 Hunt Cup hero Settle For Bay was restricted to just one run in Meydan, having suffered a setback.

“He popped a splint just before his first run out there,” he said.

“We were hoping to get a good, clean run at him in Dubai, but as soon as he landed out there he popped a splint.

“It was quite sore and it affected him, so his season was curtailed over there. He’s just started cantering again.

“He has plenty of ability, but there always seems to be something. If we can get him back he’s worth waiting for.”

Alfredo Arcano, who ran twice on the dirt surface in Meydan, was set to return to turf at the Curragh this weekend before Tuesday’s announcement that racing in Ireland will be cancelled until at least mid-April.

As ever, Marnane enjoyed the experience in Dubai and is hoping things are back to normal next winter.

“We were well looked after in Dubai as usual,” he said.

“It was sad to see the World Cup cancelled, but at least they did the right thing.

“The horses ran well and they all came back fine. Who knows what’s going to happen in the next year, but we’d love to go back again.”