Cliff hangs on to hold House 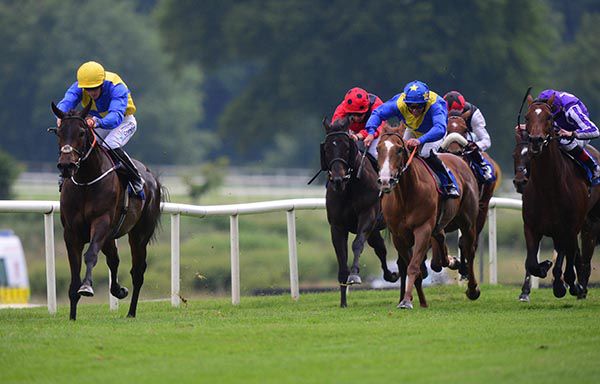 Hurricane Cliff held the late charge of newcomer Great House to land the first division of the nine-furlong maiden at Gowran this afternoon.

Henry de Bromhead's charge looked to have the race in the bag having hit the front two furlongs out and stretched clear passing the furlong marker.

Billy Lee's mount kept up his gallop to the line but was pressed close home by the well-backed Great House (10/11f) as he started to motor late on to get within a half a length.

The winner had also attracted support, from 5/1 into 10/3. The Canford Cliffs gelding was making his first outing since finishing second at Limerick just over a year ago.

De Bromhead said:- “He’d a lovely run last year but unfortunately he got hurt after that. He’s come back and has been working really well.

“We were hoping to see that today and I’m delighted for the syndicate which is headed up by Angus Potterton from Savills. It’s nice to see him get something back after all his sponsorship.

“I stuck him in the Nasrullah (Handicap) this morning so we’ll see what mark he gets. He’s a big scopey horse and I bought him from Hugh Bleahen as a yearling.

“We’ll keep him on the Flat for the moment. He also worked nicely in a schooling hurdle earlier in the year.”