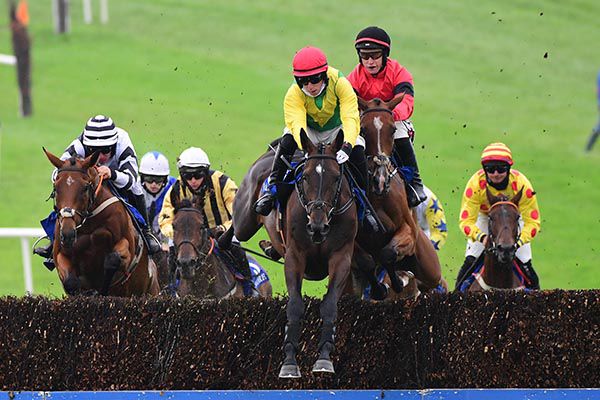 Boro Tari made it third time lucky over fences when victorious in the Viking Triangle Waterford Mares Beginners Chase at Tramore.

J J Slevin sported the Hill silks of the legendary Dawn Run, aboard this successful daughter of Gold Well, and she didn’t need a second invite with favourite Rapid Response hanging away her chance.

The latter did some things right in front but it was soon apparent that she was ill at ease on the track, leaning away to her left.

Boro Tari found plenty on the run-in to beat Rapid Response by a length and three parts.

"I'm delighted with that. JJ was really good on her. She was tough and stayed well. She never really jumped here the last day but JJ got her jumping much better today,” said winning trainer Henry de Bromhead, visiting the number one for the first time since July 19th.

“It's been a while since we had a winner. It's nice to get back on the board and hopefully we'll get rolling along again.

"I'm delighted for the Hill's. She is 116 over fences and she'll either go for a rated novice now or handicapping, we'll see."