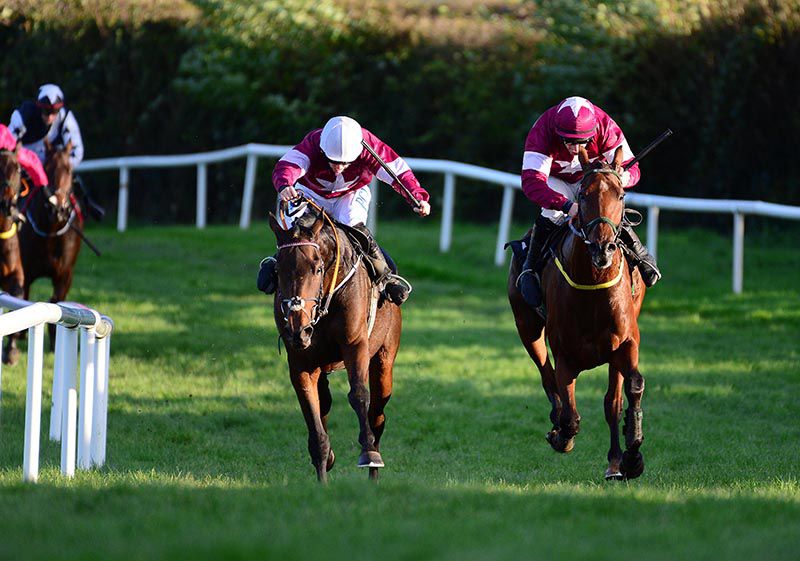 The two Gigginstown House Stud horses had the Wineport Lodge Beginners’ Chase to themselves as they turned in to face the final fence.

The 6/4 favourite Royal Thief held a narrow advantage over the last but veered left under pressure early on the run-in and gave the challenging Battle Of Midway (15/8) a hefty bump.

Straightened up by Rachael Blackmore, he was holding the runner-up close home and passed the post half a length to the good.

Confirmed the winner after a stewards’ enquiry, the Fame And Glory 6-year-old was giving Blackmore and trainer Henry de Bromhead doubles on the day after Brave Way’s earlier win.

It was a winning chasing debut for Royal Thief, twice a winner over hurdles around Thurles last season, and stamina really looks like this one’s strong suit.

“He was entitled to do that off his hurdles mark and hopefully he can make into a better chaser,” said Blackmore.