McAlpine makes the breakthrough at 20/1 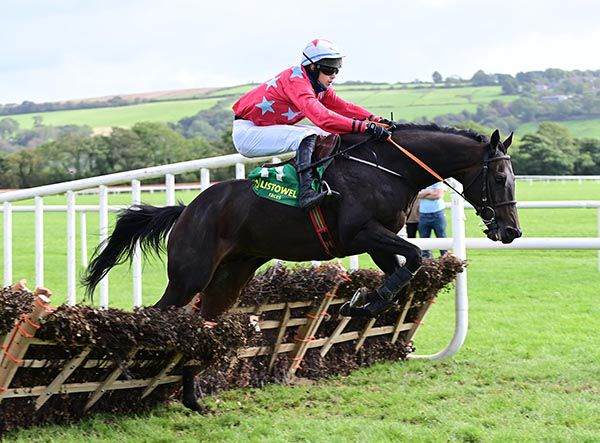 McAlpine sprang a 20/1 surprise in the first division of the Adare Manor Opportunity Handicap Hurdle.

The Robin Des Champs gelding, a maiden after 17 previous starts over hurdles coming into this and making his first appearance in over four months, hit the front travelling strongly on the home turn under 7lb claimer Paddy O’Hanlon.

Soon clear, he was untidy at the final flight but had enough in hand to beat Darkened by a length and a quarter.

Winning trainer Philip Rothwell was recording his twelfth winner of the season and said: "I was expecting him to run well but thought he might have needed it because he hasn't ran since May. We had a little job done with him in May and it seems to have worked.

"He has been hugely disappointing and has been second and placed I don't know how many times. He was always beaten by good horses on the day."