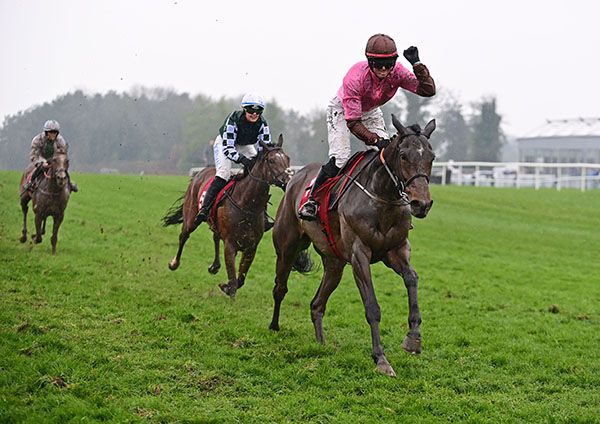 Amir Kabir (3/1) won the concluding Have The Conversation - Say Yes To Organ Donation Punchestown Charity Race in the hands of Camilla Sharples.

The winning rider, a vital part of winning trainer Gordon Elliott’s Cullentra House Stables operation, got a nice run through on the inner approaching the straight and her mount, formerly a useful stayer for Roger Charlton, went clear two furlongs out.

The result wasn’t in doubt from that point and the Mukhadram gelding kept on well to beat the favourite Barbados by two and a quarter lengths with Vermilion Cliffs back in third.