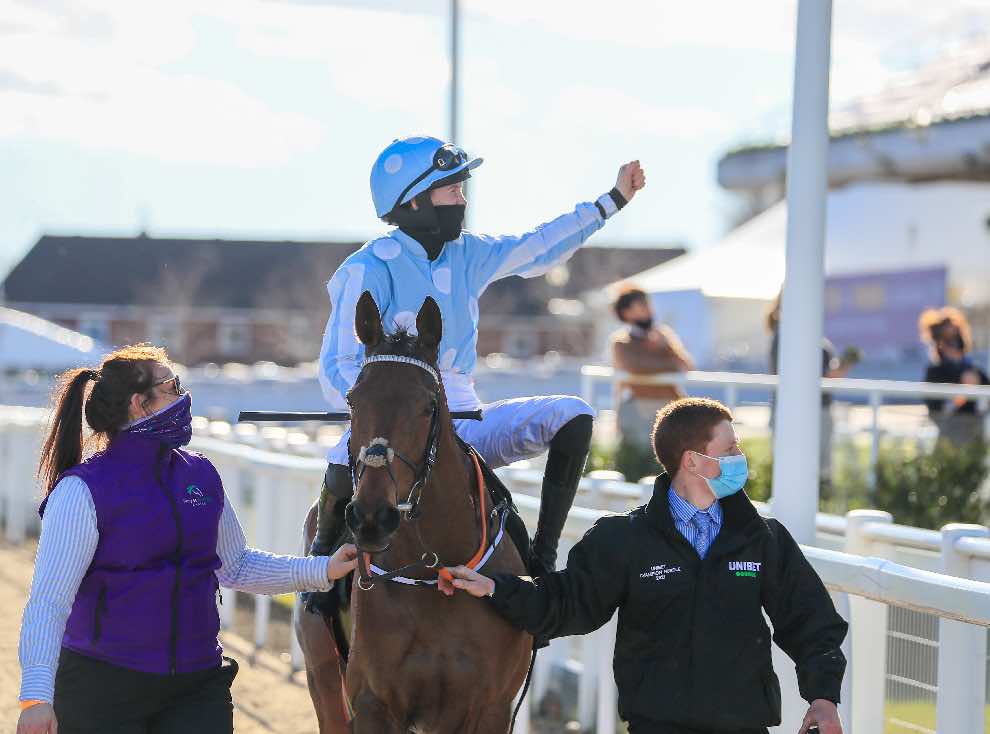 Henry de Bromhead is “leaning towards” giving Honeysuckle her final outing of the season in the Paddy Power Champion Hurdle at Punchestown.

The mare maintained her unbeaten record in scintillating style at Cheltenham last week, with her rider Rachael Blackmore becoming the first female jockey to win the Champion Hurdle.

Paddy Power are the new sponsors of the Punchestown race, backing it for the next three years.

“Honeysuckle certainly appears to be going from strength to strength and was brilliant in Cheltenham, so it would be great to be able to go to Punchestown for the Paddy Power Champion Hurdle, all being well,” said De Brohmead.

“I spoke to Peter Molony (owner Kenny Alexander’s racing manager) over the weekend and without saying for sure, we’d certainly be leaning towards Punchestown if we get the right signals between now and then.

“She seems good, really well and we’re delighted with her. We’ll just let her settle back in and just start tipping away with her again. We’ll just have to see and get a feel for her over the coming weeks and she’ll tell us how she is.

“Each horse is different and there’s no set routine after a race, we’ll let her tell us. She is having a well-earned rest and we’ll pick things up again when she is ready.

“We also have Aspire Tower who will be aimed at the Paddy Power Champion Hurdle. He ran a blinder at Cheltenham to be fourth. We were delighted with him. He is only five, but has made the transition from juvenile to open company very well and he will be aimed at Punchestown as well.”