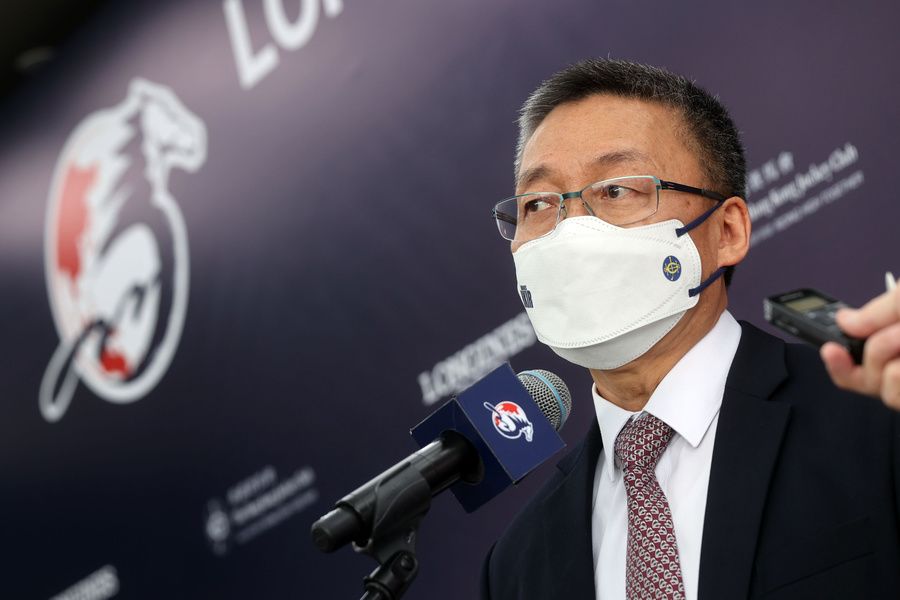 Moving into third place behind Tony Cruz (15) and Frankie Lor (14) in the Hong Kong trainers’ championship, Lui extended a bright start to the 2022/23 campaign with the victories of London Luckystar and Star Brite, improving his tally to 13 wins.

Lui struck in the opening race with London Luckystar, who continued his remarkable rejuvenation under Lui to win the Class 5 Bonham Handicap (1650m) for Silvestre de Sousa. Winless in 31 starts across his first three seasons, the Holy Roman Emperor gelding has now won twice from three attempts since transferring to Lui’s stable.

“He loves this track here. He needs to go around a turn. He’s really only a 1000m horse. He’s really professional at Happy Valley,” Cruz said. “The problem is, there’s no race for him here. For this horse to win again, he needs 1000m at Happy Valley.”

Underpinning his reputation as a Happy Valley 1000m specialist, Whizz Kid clocked 55.89s to set a new Class 2 record for the five furlong trip - which was only just outside Stoltz’s 55.85s course record - to slot his fourth win over the course.

Cruising to victory over Rock Ya Heart by almost three lengths, the Shalaa gelding also earned a HK$1 million PPG bonus, plus prizemoney of HK$1.5 million for his owners.

Unbeaten in two Australian starts when known as Fluctuate for Richard and Michael Freedman, the Not A Single Doubt gelding surged late to overtake Super Axiom to break through at only his second Hong Kong start.

Douglas Whyte-trained Rainbow Light broke through for the first time since July, 2021 with a short-head victory for Lyle Hewitson in the second section of the Class 4 Bridges Handicap (1650m) — a race which panned out perfectly for the grey.

“He’s been a bit of an unlucky horse, he’s been a victim of circumstances and he deserved the win. He’s a one-dimensional horse, he needs to sit and sprint and he certainly did that tonight,” Whyte said.

In outstanding form after his four-timer at Sha Tin on Sunday (6 November), De Sousa completed a double atop Island Surprise in the Class 4 Po Hing Handicap (1200m) for Manfred Man.

Royal Pride prevailed at his 19th Hong Kong start for Caspar Fownes and Luke Ferraris, landing the first section of the Class 4 Bridges Handicap (1650m). Formerly trained in Australia by Anthony and Sam Freedman when known as Endanger, the Medaglia d’Oro gelding won the Listed Gothic Stakes (1400m) before export.

Ferraris showed tremendous vigour to drive Pierre Ng’s Super Commander out of barrier 12 to take the lead from the outside gate and lead all the way to clinch the Class 4 Tung Wah Group Of Hospitals Challenge Cup Handicap (1000m) in 56.65s.

“Very happy, great to get one on the board for Caspar and one for Pierre — he’s doing a great job,” Ferraris said. “The season started off well, went through a bit of a quiet patch and it’s good to get a double on the board now. Long may it continue.”

“Harry rode a very good race. We always thought that the pace would be on — he’s a nice Class 3 horse, he’s no superstar — and Harry really got the best out of him tonight at the right time because I think another two strides past the post, I don’t think he would have been there (leading),” Millard said.