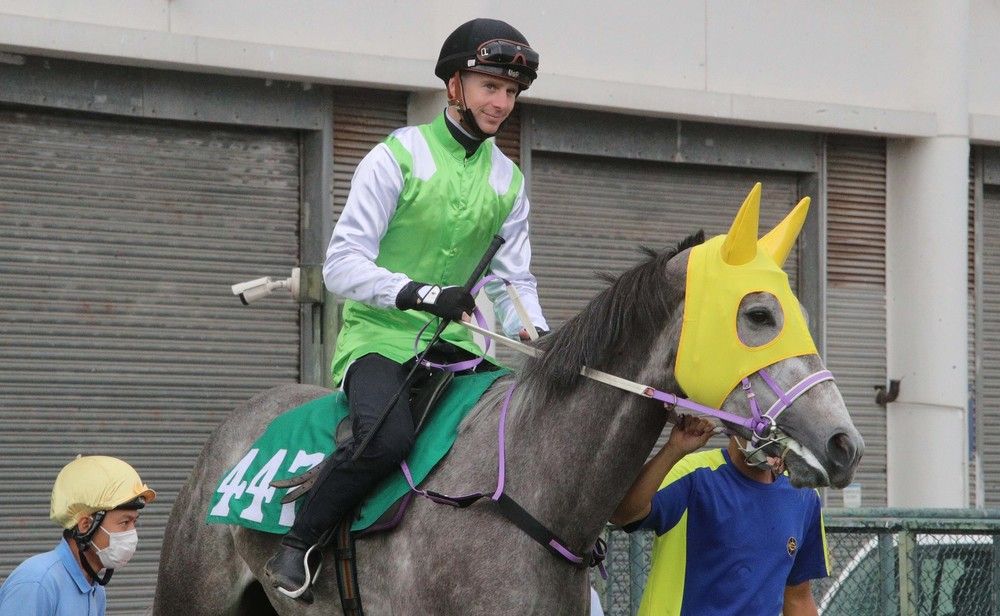 McNeil, 27, arrived in Hong Kong with a tally of 895 winners crowned by Twilight Payment’s 2020 Melbourne Cup triumph and, after riding in the trials at Sha Tin this morning, the Australian is still in the exploratory stages of his new journey.

“Today is my first day at trackwork, I only arrived Sunday evening. I’ve got my medical done which is great and I’m here to meet everyone for the first time today and try to take it in and absorb as best as possible,” he said.

“Watching Hong Kong racing at home on the TV and then to see it live and in person, it’s just amazing. It’s very impressive.”

Commencing his riding career in Hong Kong this Saturday (12 November), McNeil has clear immediate objectives before his licence runs out on 22 December.

“Short-term, to make a good impact or to leave a good impression — that would be my main focus at the moment. Obviously, riding winners is the best way to do that. I’m going to focusing on my best opportunity of winning and seeing what I can do,” he said.

Accompanied to the Asian racing mecca by his wife Jess and two-year-old son Oakley, McNeil explained the timing of the brief stay was perfect.

“Everything seemed to fall in line with the six-week stint with the (Melbourne) Spring Carnival being over and in line with being home for Christmas and around the family, it was a great opportunity and the decision to come was easy.”

McNeil, who has accrued 26 Group race victories, including four at the elite level, has previously ridden aboard with brief stints in South Africa and South Korea.

Able to ride at 115lb, McNeil won last season’s Victorian Metropolitan Jockeys’ Championship and will kick off his Hong Kong career at Sha Tin at the weekend with four rides, including in-form Yes We Can for Benno Yung.

“I haven’t cast my eye over the form too much yet, but just grateful to get a few opportunities at my first meeting and I can hopefully make the most of those opportunities,” he said.