Me Tsui, Jamie Richards to the fore with landmark Happy Valley wins 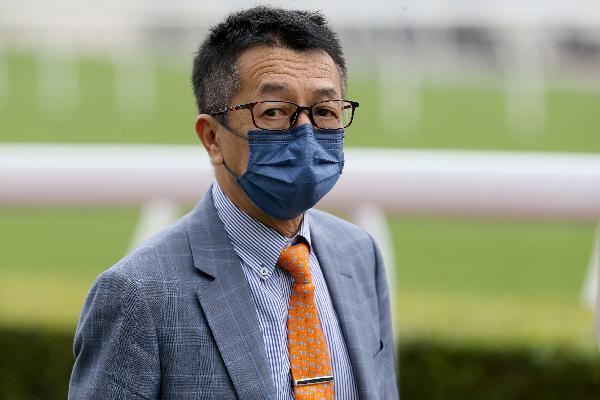 In a memorable convergence of Hong Kong training generations, Me Tsui and Jamie Richards posted significant milestones at Happy Valley on Wednesday night (12 October) when veteran Tsui reached notched his 600th victory in the jurisdiction as Richards slotted his first.

Tsui, 62, followed in the footsteps of Francis Lui and Dennis Yip - who both recently notched their 800th victories as trainers in Hong Kong - with Star Of Wuyi’s victory in the second section of the Class 5 Pottinger Handicap (1000m) under Lyle Hewitson.

“Six is my lucky number. It's been an OK start to the season, so far, so good and I hope I get better and better.”

Another graduate of the Hong Kong Jockey Club Apprentice Jockeys’ School, Tsui rode as a jockey between 1980 and 1986, totalling 21 winners. A former assistant trainer, Tsui was granted a full trainer’s licence in 2005.

Tsui’s triumph tonight was quickly followed by the Hong Kong breakthrough of former New Zealand champion handler Richards in the first section of Class 5 Pottinger Handicap (1000m) with Handsome Rebel — who, in a remarkable chain of events, was initially trained in New Zealand in 2018 by Richards before transferring to Tsui.

The Denman gelding moved from Tsui back to Richards’ Sha Tin base after the 2021/22 Hong Kong season before providing Victor Wong with his first triumph of the term.

“I'm very pleased, it's been a long road getting to here,” Richards, multiple New Zealand Champion Trainer, said. “It's good to get the birdie off the back and get the winner. A big thank you to everyone at the stable, they've all been working really hard and have done a great job.

“(Assistant trainer) Jones (Ma) has assembled a really good team of people and obviously I'm very new here and still learning what it's all about, so they have worked incredibly hard to keep me up to speed.

“Victor rode him perfectly, he didn't have to think too much - he just had to go forward and keep rolling. It's a very, very special moment.”

“This horse has improved so much in the summer. Every day in the summer, I ride him and I’m so happy that he’s improved. I’m very happy to get the ride for Jamie Richards, I must thank him for the ride.”

Tony Cruz reclaimed the lead in the trainers’ championship with a double, first striking with Street Scream in the Class 3 Pedder Handicap (1200m) under Matthew Chadwick before saddling Berlin Tango in the Class 2 Man Yiu Handicap (1650m) for Silvestre de Sousa.

Purton slotted a brace with Pierre Ng-trained Kungfumaster Panda’s success in the Class 4 Li Yuen Handicap (1800m), providing the Australian with his ninth win from 18 rides after the reigning champion’s seven-timer at Sha Tin on Sunday (9 October).

Purton was denied a treble by Alfred Chan piloted his first winner of the campaign, weaving his way into clear running on Sugar Sugar to land the second section of the Class 4 Finance Street Handicap (1200m) for Caspar Fownes.