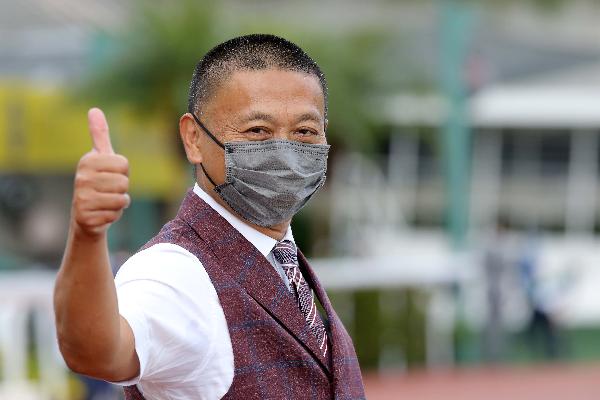 The four-year-old boasts a rating of 122 and was expected to initially step out in last month’s G2 Oriental Watch Sha Tin Trophy Handicap (1600m) but setbacks curtailed that with last season’s Champion Four-Year-Old, Champion Middle-Distance Horse and Most Improved Horse set to reappear first-up this weekend following a pair of first-past-the-post trial efforts.

The 2021 Hong Kong International Sale graduate shot up 70 rating points last season to reach a career-high mark of 122 after joining Vengeance Of Rain (2005), Ambitious Dragon (2011), Designs On Rome (2014) and Werther (2016) as victors of the Hong Kong Derby-QEII Cup double in the same season.

“The horse is going well — his trials have been good, his gallops too. He’s ready to go and he’s improving — Zac (Purton) trialled him and he said the horse is getting better and better,” Shum said.

James McDonald will take the reins this weekend with regular rider Karis Teetan out due to illness. McDonald has been in scintillating form of late winning last month’s G1 Coolmore Stud Stakes (1200m) at Flemington aboard In Secret as well as the G1 W.S. Cox Plate (2040m) at Moonee Valley with Anamoe.

“He has a good jockey — James McDonald — and he can help a lot. I spoke to the owner and with Karis (Teetan) out, we were uncertain about his return, so to be safe, I actually asked Zac Purton to ride but he was already booked (Beauty Joy) for Tony Cruz.

“I spoke to the owner and James McDonald was the one. He’s amazing, he rode Lockheed for me in the past and he’s a very good jockey,” Shum said.

Shum will be double-handed in Sunday’s BOCHK Jockey Club Cup with Tourbillon Diamond also taking his place under Alexis Badel.

“He’s very fit, very fit. I trialled him and Alexis (Badel) reported that he looks better and better. He’s a very honest horse, he tries every time, so he will run a good race too,” Shum said.

“He always tries, which is good for a good horse, he needs to have that character to always try,” Shum said.