Badel believes Turin Redsun’s best is yet to come 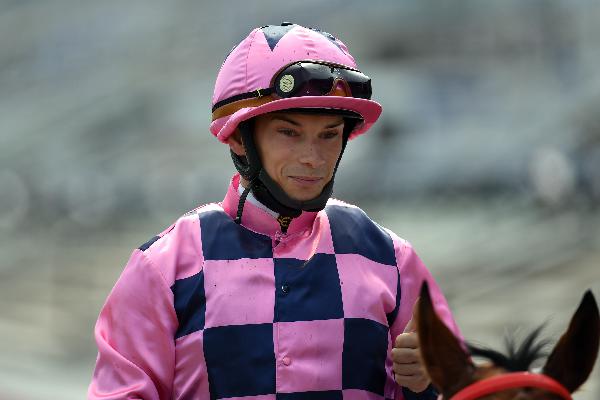 By Declan Schuster
Turin Redsun’s timing couldn’t be better after his slashing second to California Spangle last month — pulling it all together for a performance that Alexis Badel hopes can springboard the Dubawi gelding to another level in Sunday’s (20 March) HK$24 million BMW Hong Kong Derby (2000m) — the final leg of the Four-Year-Old Classic Series.

“He’s a top little horse and I think we haven’t seen the best of him yet, hopefully he’s going to be right there this Sunday but I’m confident Douglas (Whyte) is doing the right thing and having the horse in good form for this weekend,” Badel said.

“It was a massive run but I think the winner (California Spangle) has got quality and he has that gate speed, that early speed that won him the race and even from a good draw I tried to jump as well as I could but I just didn’t have the same speed as him.

“So, I was travelling behind Ima Single Man (in the Hong Kong Classic Cup) and he was just pulling back — tactically, Zac (Purton) won the race after the jump,” Badel said.

Enjoying yet another fine season in Hong Kong — Badel has knocked up 30 wins including victory in the G1 Queen’s Silver Jubilee Cup (1400m) last month aboard Wellington, while in five days’ time he is hoping for a bigger scalp in Hong Kong’s most storied contest which dates back to 1873.

“It was a massive effort from my horse (in the Hong Kong Classic Cup), most of the horses in the race were not relaxed and he was one of the best finishers in the race,” Badel said.

Prior to import from Great Britain, Turin Redsun — formerly known as Mithras — was trained by John and Thady Gosden and was a two-time winner.

In his final run before export, the bay finished alongside subsequent Group 1 runner-up Dubai Honour in the 2021 Britannia Stakes (1600m) at Royal Ascot, while this weekend Badel holds no qualms about Turin Redsun’s ability to overcome 2000m.

“I don’t think it’s going to be a problem (stepping up to 2000m), of course you probably wish for a good draw so you can sit behind the speed and make it simple, but while there seems to be a few strong chances in the race and also without underestimating the others, of course, it does seem to be quite an open race,” Badel outlined.

French jockeys have had a long and storied affinity with not only Hong Kong racing but also the BMW Hong Kong Derby — won by the likes of Philippe Paquet, Maurice Philipperon, Eric Legrix, Gerald Mosse and Maxime Guyon in the past.