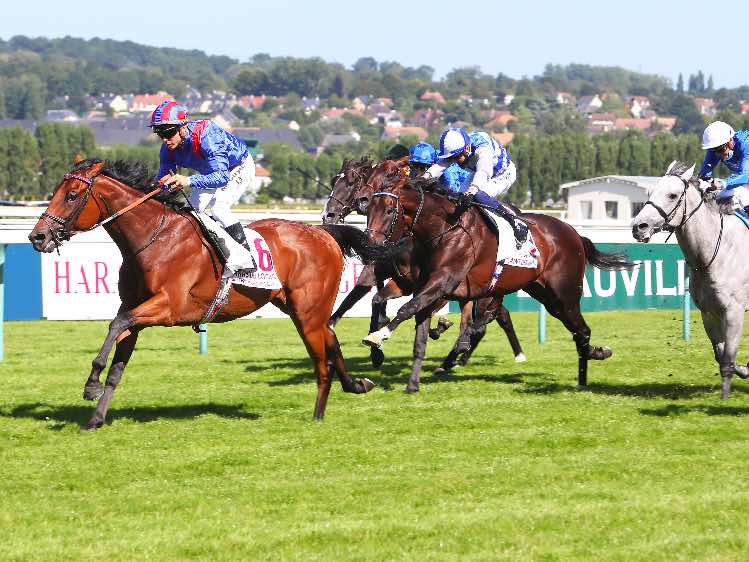 A question mark over the visitor’s ability to cope with fast ground is also shared by Dubai Honour’s jockey Tom Marquand who had success at Happy Valley on Wednesday night (8 December), riding one winner to finish second in a four-way tie in the LONGINES International Jockeys’ Championship won by Zac Purton.

Ranked just behind Loves Only You, Dubai Honour’s last four races have all been at 2000m and include a last start narrow second in the G1 Champion Stakes (1993m) at Ascot, two consecutive G2 victories in France and a win at Newmarket in July.

Haggas, who has remained home at Somerville Lodge at Newmarket, said everything had gone smoothly with the three-year-old since arriving in Hong Kong.

“Although he ran on and won at Newmarket on fast ground in July, he has run his best three races on soft ground.

“I never thought he had to have soft ground but it’s maybe that he does so if that’s the case it would bring a place Australia into place in 2023.

“But we will see. It’s good. We would love to come back here but let’s get Sunday out of the way first.”

Marquand, who last rode Dubai Honour in June for a fourth over 1600m at Ascot, partnered the gelding in a leisurely track workout at Sha Tin on Thursday morning.

He said the gelding felt fantastic and confirmed reports from the travelling party that all was on the track for the race.

“We didn’t do a ton, obviously the journey over takes plenty out of horses but he has done as well as you could possibly ask of him and from a jockey’s point of view is sort of, he’s in ship shape,” Marquand said.

Asked about drawing barrier seven and how the race might be run, Marquand: “Look, arguably his best form has been when he has been dropped in but I am not sure, obviously it depends what happens on Saturday, but I’m not sure given that he has to be dropped out like when he won his Group 2 over in France and his good run in the Champion Stakes.

“It’s a very different track and different experience to what he has had before. The ground is going to be quicker and things are probably going to happen a bit a sharper for him.”

Marquand said he’d been praying for a barrier between three and eight to give him and the horse a few options in the field of 12.

“I am happy enough where we have landed and there can be a bit of speed from the inside and we just have to find the right horse to track,” he said.

“There’s no easy Group 1 over in Hong Kong. He is here with a Group 1 shot and there is a reason why he is over here. It’s no easy task and there are plenty of good horses to beat but fingers crossed we can get a nice passage and give him in the best shot at it.”

Haggas and Marquand hope to give the United Kingdom its first victory in the Hong Kong Cup — the world’s richest 2000m race on turf — since Ed Dunlop and Ryan Moore combined to win with Snow Fairy in 2010.

With four wins and two seconds from nine starts for owner Mohamed Obaida, a rebellious Dubai Honour had to be gelded and then given some equestrian training by Laura Collett, who won a gold medal for Britain in the team event at last year’s Tokyo Olympics.

“We cut him in the winter, about this time of the year, and he became quite rebellious really, he wanted to run away, not run away, but he was very strong in his canters,” Haggas said.

“We had our best rider on him and he was aggressive but he should have been chilled and doing his winter program work like all the others, but he was not, he was very aggressive.”

He said Collett transformed Dubai Honour in about six weeks with work at Gloucestershire.