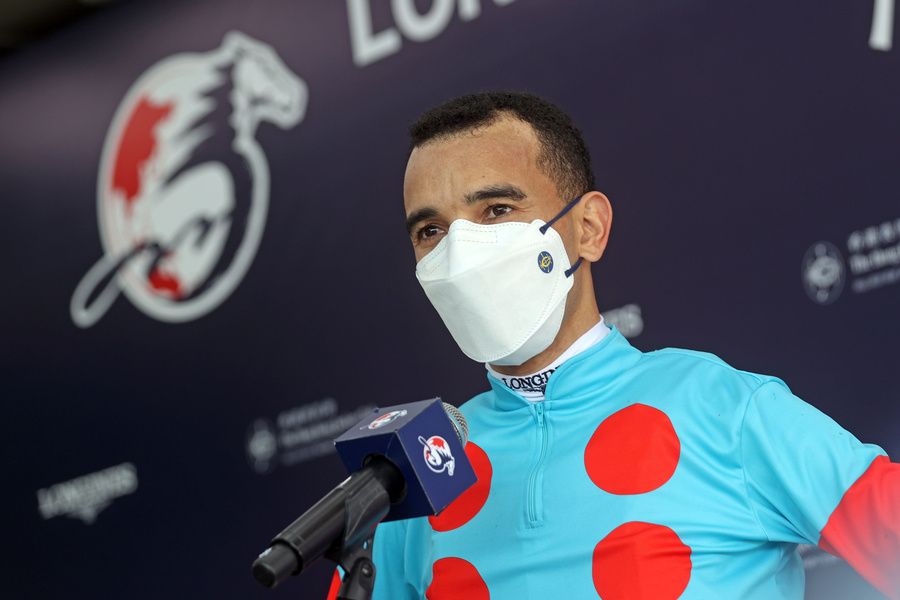 It was a repeat of their 2019 success but achieved in different style as Moreira registered his seventh Hong Kong International Races win and his third in the Vase having also been successful on the Japanese-trained Satono Crown in 2016.

Glory Vase unleashed a withering burst from second last turning for home, in contrast to the handier stalking passage he enjoyed in 2019, to deny fairytale results for the trainers of the placegetters; Briton William Muir with his Hong Kong debut runner in second-placed Pyledriver and Frenchman Alain de Royer-Dupre - twice a HKIR winner - who prepared third place Ebaiyra, who’ll be his final Hong Kong runner as the trainer retires at the end of the year.

Local challenger Reliable Team led, as expected, but was exposed early to significant pressure from Stay Foolish, the one other Japanese-trained runner, with Martin Dwyer - who won the Vase in 2004 - ensuring that Pyledriver enjoyed the slipstream run behind the pacemakers and the Muir-trained stayer looked the likely winner on straightening but could not hold out the indefatigable Glory Vase.

Dwyer was delighted with the performance of his mount but conceded, which was apparent for all to see, that the winner was simply too good.

Moreira, meanwhile, was understandably upbeat about the winner whom he described as his “best chance” in the International Races in the preamble to the meeting.

“No doubts about it, I did enjoy it so much, “Moreira said, “this win and everything in my life is to the honour of Jesus Christ, who has been in my life always and today has been a very good example.

“I felt Him with me and everything went as I expected. I had a smooth run, going to the fence and saving ground. I just made sure I got into the clear and I know he’s a very strong horse at the finish and there was not a fight.

“He has proven to be the best horse today.”

Christophe Soumillon, who rode minor placegetter Ebaiyra, said the French filly performed creditably. “She ran well, she was a bit keen in the first part of the race. When we came to the last turn, I thought she would probably fight for the win but the last 200 (metres), she got tired.”

Last year’s winner Mogul conceded meekly in the home straight after being poised to challenge coming to the home turn and jockey Ryan Moore said he was “disappointing”.

Glory Vase won by one length from Pyledriver with Ebaiyra a further two and a half lengths back in third. Glory Vase was competing in Hong Kong for the second time this year having finished second to Loves Only You in the G1 FWD QEII Cup (2000m) in April.