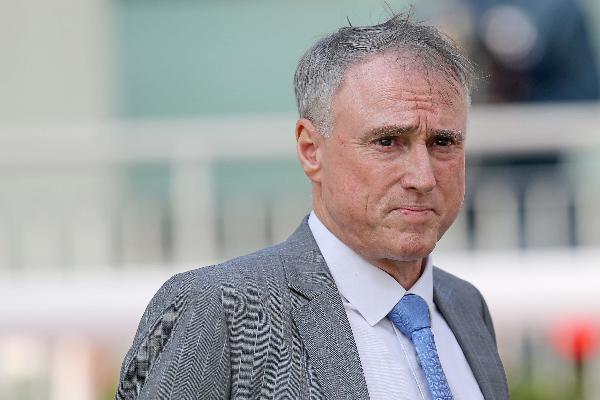 By Declan Schuster
Paul O’Sullivan snared his first win this season at Happy Valley’s midweek fixture and he is looking to keep the ball rolling this Sunday (11 October) at Sha Tin with six runners across six of the afternoon’s 10 races, his largest team of entrants for a single race day this term. &nbsp;

“It’s a long season, with a decent gate here or there we could have won two or three but that’s just Hong Kong,” O’Sullivan said. “It’s all in front of them - the horses who have been racing have been racing well and if horses are racing well, they’re going to win.

“We have six entered and I’d give every horse on Sunday a chance, we’re putting saddles on everything that can certainly get prizemoney.”

The ultra-consistent Band Of Brothers (128lb) headlines O’Sullivan’s team in search of his seventh win at his 16th start in the Class 2 Chak On Handicap (1200m), the day’s feature.

“He’s a pleasure to have in the stable, he’s a true gentleman and a great campaigner. I thought he ran pretty good down the straight, especially because all of his form has been over 1400 and 1600 metres,” the New Zealander said.

The Sakhee’s Secret gelding is now in his third Hong Kong season and finished a close-up third first-up this campaign at his first attempt at 1000m.

&nbsp;“I looked at the horse in the off-season and thought he probably has one or two wins in him, so I thought I’d bring him back to 1000 metres and 1200 metres and then just see if we can extend him out a little bit further,” O’Sullivan said.

“So Sunday’s race is going to be very interesting, if he gets run off his legs or it’s a bit of a sit and sprint and he can’t go with them then we can easily step him up to 1400 metres.”

“Super Star is going to need the run,” Millard said. “He had a wind operation so he’s coming back from that and we haven’t done much with him but he’s a lovely horse. He’s giving us nice work outs but there is nothing like a race.”

The Hong Kong International Sale graduate has five wins from 13 starts but returns from a five-month break which included a throat operation to correct a ‘roaring’ condition.

The Snitzel gelding caught the eye in a recent dirt trial at Sha Tin ahead of his first-up assignment, where he will pair with jockey Matthew Poon from gate nine.

South African import Armando is the second of Millard’s two. The colt won a G3 pre-import, the Cape Of Good Hope Nursery (1200m) at Kenilworth, but the handler was not optimistic of his chances.

“Armando has a diabolical draw and the horse who beat him, Lucky Express, has drawn gate two,” Millard said.

The field also sees the Hong Kong debut of the Caspar Fownes-trained The Crown (115lb) who pre-import, won both of his New Zealand starts by a combined 16 lengths.

O’Sullivan’s day, though, begins with five entrants in the first five races, kicking off with Big Luck Champ who readies for his second start in section one of the Class 4 Pak Tin Handicap (1200m).

“I was a little bit surprised by his debut run but very pleased, I didn’t expect to see much from him until he was stepping out over 1600 metres,” O’Sullivan said. “The small field on Sunday is going to help him but I do think you’ll see the best of him over further than 1200 metres.”

The Sebring gelding flashed into third on debut last season with Blake Shinn in the plate and returns this term with that same booking. &nbsp;

“He still has a way to go, both physically and mentally, he’s a specimen, he sort of lacks a little bit of physique and he gets himself a little wound up on race day but that’ll just come with time and experience,” O’Sullivan said.

Stunning Impact steps out in the card’s next contest, section one of the Class 4 So Uk Handicap (1400m) against a field of seven others, off the back of a short stint at Conghua.

The Zoustar gelding displayed ability last season, including when a close-up third at his fourth start. He returns this term off the back of two trials at the Mainland training facility.

“His trials at Conghua have been really good, it’s hard to get a line off those Conghua trials though but he’s just trialled superb. He has a good gate, so I think he should be very competitive,” O’Sullivan said.

Alexis Badel takes the reins and the duo will break from gate two on Sunday.

Winning Strikes also returns from a short stint at Conghua and will contest the following race, section two of the Class 4 Pak Tin Handicap (1200m) with Vincent Ho in the plate.

“He’s another one who has trialled really well up there. He was pretty green in his first couple of runs but his last run here was terrific,” O’Sullivan said.

The handler also has Shinealot in the Class 5 Un Chau Handicap (1600m), while Casimiro contests section two of the Class 4 So Uk Handicap (1400m).&nbsp;