Purton seeks a Valley spark to ignite his championship assault 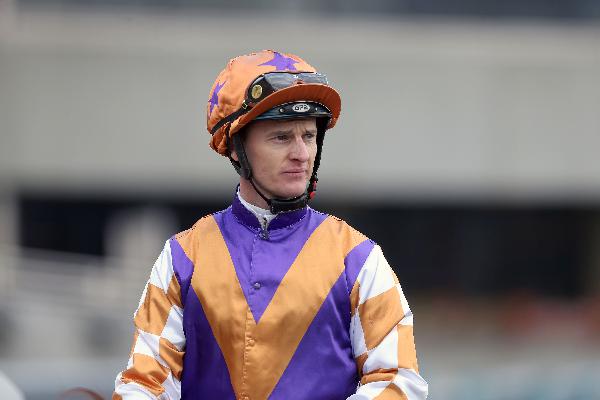 Bt David Morgan
Zac Purton will head to Happy Valley on Wednesday (6 May) night with a full book of nine rides and his big rival Joao Moreira locked in his sights but still seeking a spark to ignite his championship challenge.

The champion jockey moved to within one win of Moreira (109-110) with a treble at Sha Tin on Sunday and has racked up 43 wins at the city track against Moreira’s 30. And yet, the champ is frustrated.

“The majority of the stables I ride for are ticking over and doing their job but none of them are really on fire. I really need a bit of a kick along – I need someone to give me a bit more support if I can get it, so I’m not entirely happy with the way the bookings are going,” he said.

“It’s been a bit like that all season. You normally have one stable that goes really good – they give you a lot of momentum and you can build off that but all the stables I’ve been riding for have been going just ok and it’s made it a little bit harder.”

One source Purton has managed to mine successfully from limited opportunities this term is the Ricky Yiu operation, which continues to set the pace at the top of the trainers’ premiership. The Australian has an impressive 46% strike rate from 13 rides for the stable so far, and, from only five rides at Happy Valley, he has two wins. Moreira, it should be noted, has a similar record for the yard – two wins and one further placing from his five at the Valley.

“It’s been hard to get a ride off Ricky all season but he’s just started to give me a couple – it’s nice and hopefully I can get a few more for him before the end of the season,” Purton said.

Yiu’s Island Shine benefitted from the Purton touch last time at the downtown venue and the pair will team again at 1200m in the Class 3 Celosia Handicap, this time from gate one.

“He did a good job last time; we were lucky to get in from the wide gate; we had a nice run. The form out of the race is pretty solid so hopefully he gets his chance again,” Purton said.

In the same race, Moreira is set to side with Whiskey Neat from the Caspar Fownes stable. The Brazilian’s record at the Valley lags behind Purton this term, his wins there coming at 15% – a figure not to be sniffed at, but below his usual overall rate of around 20% and adrift of Purton’s 22% strike rate at the course.

“Whiskey Neat put the wariting on the wall last start and comes out of a good gate,” Fownes said of Moreira’s mount. “He’s a horse that is a typical PP (Privately Purchased import) who comes in and needs a half dozen runs for the penny to drop and learn what it’s like to race under these conditions.”

Fownes’ association with Purton goes back further than with Moreira but he is keen to support both of Hong Kong’s outstanding three-time champions. Purton has seven wins from 33 rides (21%) at the Valley this term for the stable while Moreira is riding at an 18% strike rate for the yard at the venue, with four wins from 22 sits.

“The way it’s going, this title race is great viewing and good luck to both of them,” Fownes said.

“I’m actually surprised that Zac is as close as he is because in my heart I thought Joao would beat him by between 15 to 20 winners this season, only because of the weight difference – Joao gets those rides, the horses weighted 113lb to 118lb, which Zac can't get on. But Zac has done really well again, he’s fighting hard, the championship’s up for grabs.

“There’s not much between them,” he continued. “I would still probably think Joao is a slight favourite to win it, especially coming to the last part of the season when that light weight might come into play – when a horse goes up a grade and Zac can’t get on it off the light weight and Joao gets on, that could be telling.”

Purton will climb aboard the stable’s Dances With Dragon (133lb), top-weight in the night’s finale, the Class 2 Camellia Handicap (1650m).

The six-year-old New Zealand import, winner of the G1 Levin Classic as a three-year-old, has found a new lease of life since switching from the Peter Ho yard to the Fownes stable, nailing two wins (both under Purton) from three starts.

“He’s like his trainer, he’s nice and strong – he’s a little bit fitter than me but he’s in good nick!” Fownes said. “He remains in good form, he’s taken a liking to Happy Valley – he’s back to the mile and he’ll give a good account of himself.

“I thought there was something to work with when he lobbed to the yard and obviously now we’re getting close to triple figures (rating) so you would think it’ll start to get tough but maybe he’s still got some points in hand. Hopefully we can bring him back to Sha Tin at a later stage and see if he can do that on the Sha Tin grass.”

Fownes has Green Luck (119lb) in the same race, the mount of another Brazilian Vagner Borges.

“Green Luck is starting to freshen up a bit towards the end of the season,” the trainer noted. “His last run was quite nice, he has a preferred liking for Happy Valley and he holds the course record at the mile; from gate two, if he can posse up in a decent spot, there’s no reason why he can't acquit himself well.”

Moreira, meanwhile, has two more midweek rides for Fownes, with Lightning Steed set to break from gate two in section two of the Class 4 Lotus Handicap (1650m) and Royal Racer slated to contest section one.

“Lightning Steed is fit and well,” Fownes said. “He’ll make his own luck so he’s always a chance. He handles the course and distance well enough. Royal Racer also has a decent draw (gate three) and seems to be in good nick – he always runs close and he’s only won once so you’d hope he has another win in him.”

The nine-race action starts at 6.45pm with section three of the Class 4 Gladiolus Handicap (1200m).