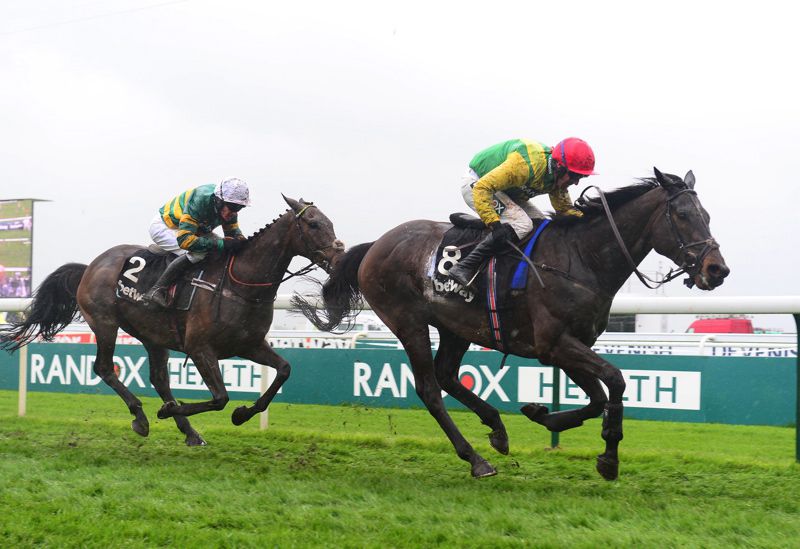 Jessica Harrington expects Supasundae to put up a stern defence of his crown in the Betdaq Punchestown Champion Hurdle.

The battle-hardened gelding won a dramatic renewal 12 months ago when beating 2017 scorer Wicklow Brave after Melon and Samcro had both come to grief at the third-last flight.

Supasundae picked up the pieces to end his campaign on a high then, and has since been rewarded for several decent efforts this term when defeating Buveur D’Air by a length and a quarter in the Aintree Hurdle last month.

“I’ve been delighted with Supasundae since Aintree. He’s in very good form, and the plan was always to go back to Punchestown after Liverpool,” said Harrington.

“He ran at Cheltenham and Aintree last year, and won the Betdaq Champion Hurdle at Punchestown, so we know he takes his races well.

“I only put him in the Champion Hurdle at Punchestown this year so I wouldn’t get tempted to run him over three miles. We are looking forward to letting him defend his crown.”

Buveur D’Air went down fighting at Liverpool to put behind him a fall in the Champion Hurdle — and his trainer Nicky Henderson can see no reason why he cannot be in the mix again on Friday.

He said: “He worked very well last Wednesday. I’m not making excuses for Aintree, and he was only narrowly beaten.

“He is a good horse, but he is probably not running to his very best at the moment. He is in good form, though.”

Gordon Elliott is hoping Apple’s Jade can return to her brilliant early-season form, having suffered defeats on her last two starts.

The seven-year-old mare took all before her in the first half of the campaign, culminating in a superb victory in the BHP Insurance Champion Hurdle at Leopardstown in February.

The multiple Grade One heroine ran way below her best behind Espoir D’Allen in the Champion Hurdle at Cheltenham, but produced a better effort next time when she lost out in a three-way finish to the Ryanair Stayers Hurdle at Aintree.

“She’s been in very good form since Aintree, and I hope we will see her back to her best on Friday,” said Elliott.

“We had a few options for her during the week, but we’ve decided to come back to two miles, and let’s hope that she turns up in the same form that she did at Leopardstown.

“At Aintree, (jockey) Jack (Kennedy) said she just wasn’t the mare she was earlier in the season — but she was only just beaten, so we shouldn’t be too disappointed.

“She looks to be very well in herself now, so I hope she can end her season on a high. But this looks a very strong race, so she will have to be at her best.”

Melon and Wicklow Brave take their chance in this race again for the Willie Mullins team.

Melon was second in the Champion Hurdle but fell three out when still leading the field in the Aintree Hurdle.

“Melon ran very well in Cheltenham, and at Aintree he appeared to still be travelling quite well when he fell. It’s an unknown what would have happened,” said Mullins’ assistant, David Casey.

“It’s a competitive race. But he seems in good form, and the drop of rain will definitely be a big help to him, so we hope he can run well again.

Wicklow Brave is bidding to bounce back after coming down at the third flight at Fairyhouse last week.

“Wicklow Brave ran a stormer in the Coral Cup when he was only just touched off,” said Casey.

“Obviously he fell last week at Fairyhouse, and is no worse for that. If he can pick up some prize money we’d be delighted.”