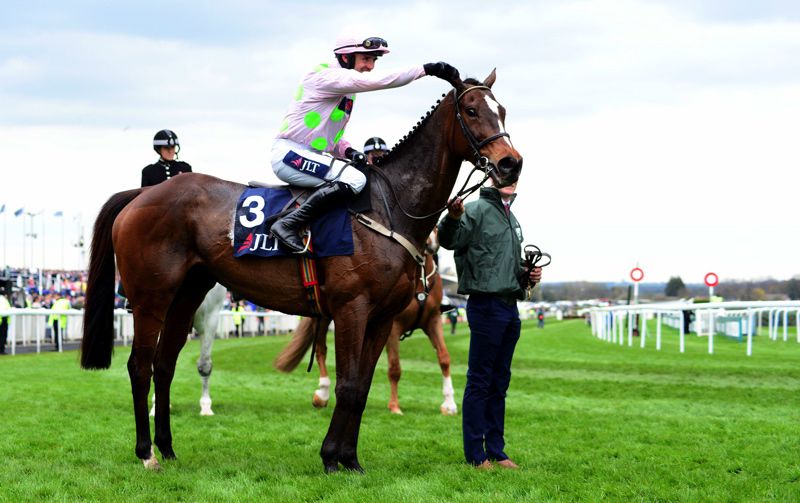 Willie Mullins appears to hold all the aces in the BoyleSports Champion Chase on Tuesday.

The champion trainer is responsible for three of the six runners in the feature event on the opening day of the Punchestown Festival — and it will be a major surprise if one of them does not emerge triumphant.

Mullins has assembled a typically formidable team for the Festival and while it will be tough to match his astonishing tally of 18 winners at last year’s meeting, he is relishing the challenge.

He said: “The horses seem to be in great form. All my jockeys are sound and well and riding well, so with a bit of rain forecast, what more could you ask for?

“Punchestown is a huge festival and especially over the last few years it’s gotten bigger and bigger.

“A lot of my horses have had light campaigns this year, so I will be keen to run them where I can.” Un De Sceaux was a brilliant winner of last year’s Champion Chase and is back to defend his crown in the hands of Paul Townend.

The popular 11-year-old has run just twice this season — giving Altior a run for his money in the Tingle Creek at Sandown before finishing fifth in the Ryanair Chase at Cheltenham.

His stablemate Min was back in fourth 12 months ago, but returns as the odds-on favourite under Ruby Walsh having bounced back from a disappointing run in the Champion Chase at Cheltenham with a scintillating display in the JLT Chase at Aintree.

David Casey, Mullins’ assistant, said: “Min was exceptional in Aintree and you’d like to think he can do that again.

“Un De Sceaux was a very good winner of this race last year and because he’s only run twice this year and hasn’t run since Cheltenham, he’s probably the fresher horse going into it.

“Hopefully they both have good chances, but I think Min deserves to be favourite off the back of that performance in Aintree.” Great Field completes the Mullins trio under Jody McGarvey. The JP McManus-owned eight-year-old won the Grade One Ryanair Novice Chase over this course and distance a couple of years ago, but returns with something to prove following successive falls at Cork and Leopardstown.

McManus is also represented by Harry Fry’s British raider Hell’s Kitchen and his racing manager, Frank Berry, said: “Both Great Field and Hell’s Kitchen are in good form, but it looks a very hot renewal of the race with Min and a few others in there.

“Hell’s Kitchen ran a nice race at Cheltenham (fourth in Champion Chase) and Great Field has had a very interrupted campaign for the last year, but hopefully he can give a good account of himself.”

“Castlegrace Paddy is in great form and I’m very happy he’s in the race on Tuesday. The ground looks like it will be right for him,” said Fahy.

“We know he has the ability, but sometimes he just doesn’t finish out his races and we’ve put a tongue-tie on him and hopefully that will make a difference. I couldn’t be happier with him and Davy Russell knows him well.”