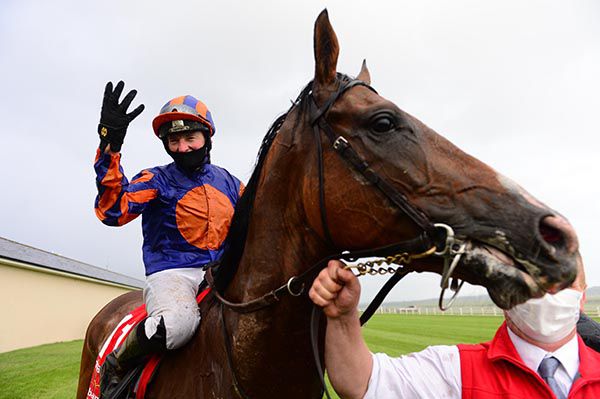 It's hard not to suspect a classic Irish Derby of supposed yore - a clash of the Epsom and Chantilly Derby winners a la Generous V Suave Dancer - would transform popular sentiment about the race in a single stroke. But those days look to be gone.

The last French Derby winner to pitch up at the Curragh was Darsi in 2006. The Jockey Club was cut in distance the year before that and changed the nature of that race. You can argue the theoretical merits of it but the reality is that the French took the initiative and have seen their classic reinvigorated. They can hardly be expected to fret about the impact on Ireland. With a lucrative Grand Prix de Paris on Bastille Day to aim at afterwards there's little incentive to leave home.

That has left the Irish Derby to be viewed mostly through an Epsom prism. Inevitably that means O'Brien exerts an overwhelming influence. All seven of his Epsom winners have subsequently run at the Curragh. Just three of his 14 Irish Derby winners in all didn't line up at Epsom first. Ballydoyle's dominance is obvious. But without it how damaged would the Irish Derby's reputation and prestige be?

Saturday evening's renewal saw Santiago lead home an O'Brien 1-2-3-4. Accusations of it being a sub-par Irish Derby in terms of quality have been levelled. That's unfair, for the moment. Santiago and maybe one or two others may turn out to be proper top-flight animals. But the nature of this unique year, and in particular the Curragh taking place before Epsom, means comparisons are questionable. In many ways this was a year simply to grit teeth get through it.

But whatever about that, or the quality debate, there's no arguing it was competitive. The final declarations were the biggest field in 43 years. O'Brien had half a dozen runners and his sons, Joseph and Donnacha, were responsible for another three. But there were enough other angles, and other connections prepared to pitch their hat into the unique circumstances, that provoked intrigue about the outcome.

Ultimately it was business as usual in terms of Ballydoyle dominance. But on the turn into the straight plenty had plenty to play for and the finish was undeniably exciting. Knocking the Irish Derby for being a rubbish race and then bemoaning a year when an overwhelming talent impacts its competitiveness smacks of having your cake and eating it. Neither is perfect but nothing much is. This however does appear to be the likely outlook for some time to come.

The classic train moves on to Epsom this Saturday. It will be a unique behind closed doors Derby anyway. But it can also be historic.

Should one of O'Brien's apparently still burgeoning team win it will be a record eighth victory for the Irishman in what many of us still regard as the world's most prestigious race. Impose as many qualifiers as you like in terms of the singular circumstances in which O'Brien's career has unfolded but that would still make for a stunning achievement.

Currently he shares the record of seven with the legendary English trainers Fred Darling, John Porter and Robert Robson. The latter pair each managed the feat in a 30 year time frame. Darling needed just 19 years between 1922 and 1941. O'Brien will equal that if successful on Saturday. For what it's worth I suspect he'll manage it.

Even with Frankie Dettori on board plenty will probably be prepared to take on the favourite English King. It's probable that if the colt was with John Gosden rather than Ed Walker he might be even shorter in the betting. That's probably a little unfair on a young trainer but whoever had him English King strikes as a real but still raw talent.

By definition the Guineas winner Kameko is much more the proven article. The question mark over him in stamina. If he stays he probably wins but that's a rather big 'if.' Roaring Lion, another son of Kitten's Joy, didn't get home in the 2018 Derby and if anything Kameko appears to be an even quicker colt.

That's the context into which O'Brien could pitch in a massive team. The old chestnut about the size of the Ballydoyle team corresponding to a lack of quality has long since been dispensed with. O'Brien ran seven last year and filled first, third, fourth, fifth and sixth. His biggest representation of all was in 2007 with eight runners.

This time Vatican City boasts both classic form and a classic pedigree. Mogul has had a big reputation for a long time. Then there's a long list of possibilities that will become more clear the longer the week goes on. However bookmakers might already have it right in generally rating Russian Emperor the best of Ballydoyle.

After getting beaten by his stable companion Cormorant in the Derrinstown Trial, Derby ambitions looked hopeful especially considering the way he appeared to lug in behind the winner in the closing stages. But Russian Emperor looked a very different proposition when landing the Hampton Court at Royal Ascot.

Time may well prove that beating First Receiver and Berlin Tango is a very good piece of form, especially since Ryan Moore set Russian Emperor a task from the rear of the field. He certainly finished like a mile and a half won't be a problem and Seamus Heffernan has already stated he believes the regally bred colt can be top class if he does stay.

Onto other matters and it wasn't just Ballydoyle dominance that provided a familiar tone to the Curragh's classic date. There was also the return of the extremely annoying and distracting roof noise just in time for the big day. The following link tries to put this in some kind of context - Heads scratched as noise from the Curragh roof resurfaces

What's important to note is how confidence expressed this time last year about the problem with the roof being resolved quickly was misguided. This seems to be a much more chronic issue. The new Curragh has been plagued by problems from the start and the sort of wet weekend weather made one also ponder what kind of cover this wide-open structure might have provided if anyone was there. Perhaps most important of all to note though is how €36 million of public money is invested in this.