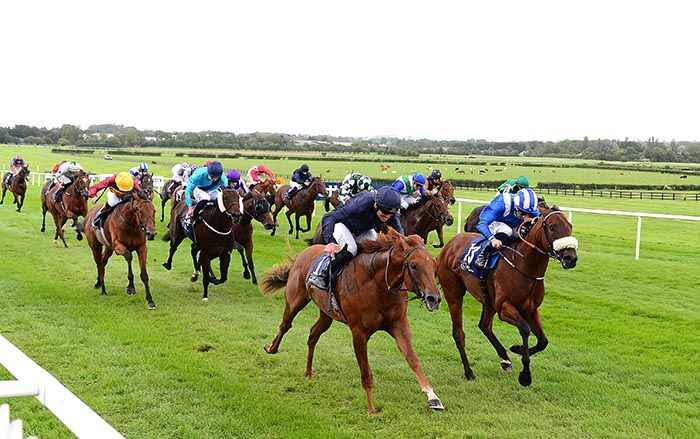 Political fallout from the last few days indicates how offensive any smell of elitism can be to the public. An Oireachtas golf society dinner including a cabinet minister, a Supreme Court judge and an EU Commissioner sounds just the sort of thing to contain 80 people convinced they are exceptional enough to trample on the Covid-19 regulations. But such exceptionalism is a tough sell to the rest of us, a point racing will do well to keep in mind.

Horse Racing Ireland's stated priority is to get owners back racing as soon as possible. Some owners have railed against how they have been taken for granted as the sport continues behind closed doors with no increase in potential numbers allowed on-site until September 13 at the earliest.

No one likes racing behind closed doors. But considering recent reports of how close the National Public Health Emergency Team were to recommending a general lockdown in response to spiralling virus rates there must be doubts about the current situation changing anytime soon. The current model looks like being Irish racing's 'new norm' for some time to come.

However with attendances of up to 5,000 allowed in parts of France, and Britain's authorities making encouraging noises about crowds being allowed back to sporting events there by October 1, HRI is likely to come under pressure to lobby for an increase in crowd sizes here too, particularly in relation to owners.

By now we all know the cautious approach to coronavirus being adopted by NPHET. The outcry which saw the Minister for Agriculture, Dara Calleary, resign after attending that golf dinner in Clifden reflects the depth of hurt, anger and desperation felt throughout the country as so many struggle to survive physically, psychologically and economically.

It's a context to make the matter of whether or not racehorse owners can be allowed go racing seem an incongruous sort of priority.

No one disputes owners are the foundation of the entire industry. Neither can there be argument that they're the financial engine oil which makes the whole thing tick over. But in this political climate, any clamour for those affluent enough to own a racehorse in the first place, and their supposed entitlement to go watch them race, will come across as a jarring, elitist own-goal.

It actually begs the question why so many owners are so desperate to go racing at all?

Andrew Gemmell, owner of the top stayer, Paisley Park, pointed out last week that going racing in Britain right now is a soulless experience. It chimes with what most everyone who has been racing behind closed doors here has experienced. What do people think they're missing out on? Do they think it all will be somehow invigorated by their presence? Or is it simply they think others are getting away with something?

As priorities go racing should count itself lucky to have such a relatively frivolous one.

We are facing into an autumn and winter of national discontent. Recent political shenanigans show how pat reassurances about us all being in this together are starting to wear very thin indeed. Balancing public health and morale is a delicate juggling act that's threatening to turn ugly. In the circumstances the best advice for disaffected owners might be to simply hold your whisht.

The Memorandum of Understanding he signed to give Irish racing's regulator more investigative powers might be the single positive legacy that Dara Calleary leaves after his 37 day reign as Minister for Agriculture. Or at least it can be if the bloodstock industry here opts to avail of the opportunity to introduce a properly functioning anti-doping regime. The ball is still in its own hands.

The memorandum is basically the Service Level Agreement that allows the Irish Horseracing Regulatory Board jurisdiction to drug test at premises it doesn't licence such as stud farms and pre-training yards. It is fundamental to facilitating the basic requirement to drug-test a thoroughbred throughout its lifetime. It's taken years to organise but at least it is in place now.

Practically however not a lot has changed. A protocol between the IHRB and various sectors has still to be agreed. The trainers association for instance is awaiting details of how any new powers will be implemented, a delicate consideration considering the fraught history between it and regulatory officials over recent years. And then there's the breeders and the sales companies.

If the Irish Thoroughbred Breeders Association is still congratulating itself over securing prior day notice for any visits to premises by IHRB officials then it should stop. The signals it gives out makes it a pyrrhic sort of victory. The same can be said about digging its heels in over the issue of intelligence led inspections. Arguing over definitions about what constitutes credible intelligence rather than mischievous gossip comes across as nitpicking.

Inevitably such considerations are currently well down any current priority list as all attention is on the financial fire-fighting required to survive in the face of the coronavirus pandemic. Sales companies are a vital cog in any anti-doping regime but the transfer of the Orby Sale to Doncaster, as well as the Tatts September Yearling Sale to Newmarket, indicates how uncertain the present situation is.

It's a thorny issue too because of the finance and resource aspect of implementing any meaningful anti-doping regime in future. But after so much stalling up to now, the time thrown up by Covid-19 could turn out to be a silver lining if political will within the industry is serious about using the opportunity to get this right.

Separately, the inaugural Ballyhane Stakes appeared to work like a charm in terms of build up, anticipation and coverage, as well as ultimately delivering a hugely exciting finish. The one niggle was how a restricted race with a concept of giving the 'little guy' an opportunity to win a hugely lucrative pot ended up in a photo finish between Coolmore and Shadwell.

Both Chief Little Hawk and Monaasib were perfectly entitled to be in the line-up given the conditions of the race. They also served up a thrilling conclusion. But to bed the concept down perfectly how timely would it have been, for instance, had the 50-1 winner of Sunday's consolation race, John Murphy's Sweet Gardenia, secured the big money.

Restricted races invariably have purists furrowing their brows. But you're got to be able to afford your purity.

For a bloodstock industry facing into a notably uncertain future anything that encourages investment in the middle to lower end of the market surely can't be a bad thing. And if not being able to go and watch their investment run first-hand for the time being is enough to put prospective owners off then their commitment might not be particularly sustainable anyway.