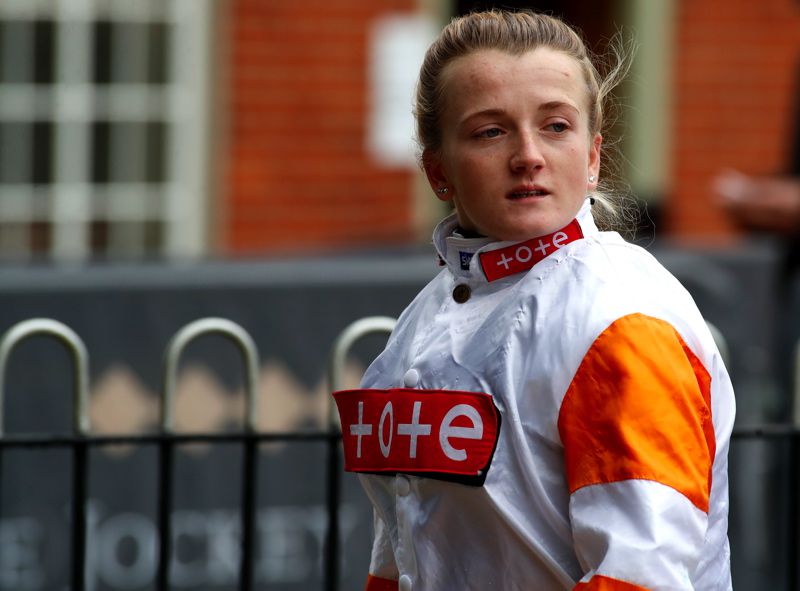 It is behind closed doors for reduced prizemoney and with revenue streams significantly affected. Some of the protocols are clearly getting on plenty people's wicks. Despite that owners outside the protocols seem keen to be similarly irritated, a curious stance considering how many actual livelihoods are being affected much more directly by having only essential personnel at tracks.

None of it is ideal. Nothing about this pandemic is. But in the context of public policy about how best to balance health and wealth there are many other sectors affected an awful lot worse than racing. And it is official public health policy. Grumbling about it, making contrasts to what other countries are doing, and urging a realignment of the balance, is understandable but largely pointless.

HRI realise that better than most. Since a semi-state body in receipt of much public money has little choice but to row along with government policy it hardly does to shower HRI with praise simply for toeing the line. But to be fair, and despite at times a less is more inclination towards public communication, it has largely played a sure-footed political game during this pandemic.

The cancellation of this year's Irish Grand National three months ahead of a possible rescheduling date suggests no end in immediate sight to the current reality. It's not a great outlook. But other sectors face worse. Racing is able to continue in Kildare despite the county still being in lockdown. That sort of wriggle-room is no small thing, especially facing into an autumn and winter with the potential for the public health situation to worsen significantly.

But if the last six months have largely been about fire-fighting there is now an opportunity for a valuable reset.

There have been a lot of so-called 'learnings' from this crisis. But perhaps the most timely has been in relation to the value of the public. Just how sterile an environment a racetrack is without people on the ground has been brought home with a vengeance. The lack of atmosphere has been enough to make one nostalgic for those industry days so many despaired of but which at least had a bookie or two shouting the odds.

It has certainly punctured the comfortable assumption about racetrack income being all about media rights. A rough estimate is that half the tracks are doing OK even with reduced TV money. But that leaves another half, and they are usually the more high-profile ones, facing into a bleak financial future if a behind-closed-doors model continues into next year. Neither is there room for complacency in regard to media rights given the uncertain sustainability of the betting shop model.

Either way the value of enticing people through the gates has been underlined. When some form of normality returns - and let's go with when rather than if - then novelty alone may produce a short-lived surge in attendance. But just as likely is how a lot of people who've got used to following the sport on screen may opt simply to stick with their new normal. How racing tries to counter that inclination will be crucial.

Covid-19 has brought much that is unwelcome at best. Plenty of it has been dreadful. But if it has served as a reminder to racing of just how important it is to try and engage with the public then something useful may have emerged from it.

If HRI has been best served politically by keeping its mouth shut and not rocking the boat then it has stepped up to the mark in some practical aspects.

Its revamped programme for 2020 provoked a little initial grumbling but otherwise appears to have worked well. And judged by the lack of commentary, its policy of prizemoney cuts, with lower value races losing the smallest percentage, has been a success. Cutting the least valuable races by ten per cent, with elite prizes cut by between 30 and 50 per cent, appears to have been applied seamlessly with little impact on participation in the top black-type prizes.

That might be enough to provoke some official consideration of the advisability in future of front-loading the very top races when it comes to prizemoney. This season's cuts don't appear to have any of the elite bloodstock operations voting with their feet.

Finally the remorseless rise of English jockey Hollie Doyle continued when she recorded the first ever five-timer by a female jockey in these islands at Windsor on Saturday. Doyle is just the latest woman to make a significant impact on the flat in Britain in recent years, a state of affairs in contrast to Ireland where the most successful woman on the flat this season is the pioneering jumps rider, Rachael Blackmore. She has had four winners.

There's a temptation to draw big sweeping conclusions from small details such as Doyle appearing to be singularly talented and as driven an individual as Blackmore has proven herself to be over jumps. Crucially what both have been afforded is opportunities to show just how good they are. Such opportunities are vital in any career, for young jockeys of either gender.

It's why the French system of allowances for female riders in races below Listed level is still worthy of consideration here. What the French system has done is provide chances, to the extent that the weight allowance has been reduced such has been the increase in the number of rides taken by women across all races. Experimenting with something similar here would neither be some panacea or a blow against equality. It might however yield vital opportunities to those who need them.