Too Much Of A Good Thing 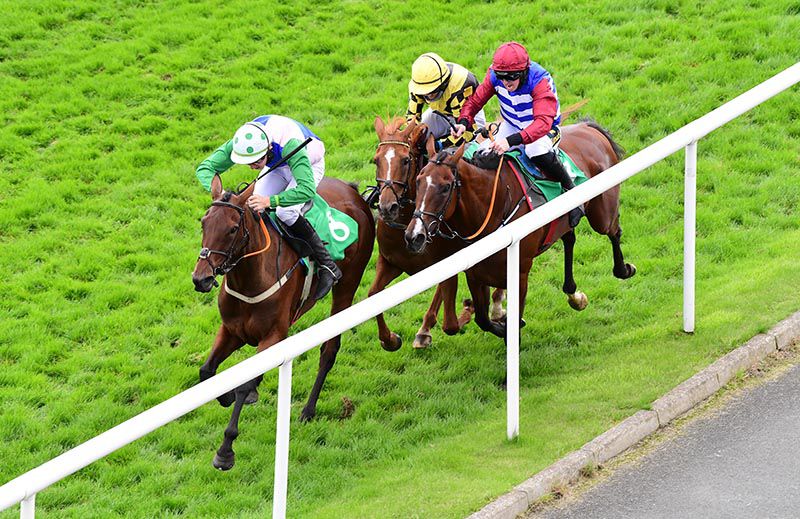 There's little problem arguing that there are no substantive clashes between all of it from a race planning point of view.

The transfer of the Grand Prix de Paris to this Sunday makes for a trio of mile and a half trials for the Arc three weeks later and there will probably be little competitive overlap with the Irish Champion Stakes, the Matron Stakes or either Leger. Neither does having the Doncaster Leger for three year olds a day before seem to have an impact on the Irish Leger which is open to older horses.

But from a profile viewpoint such an apparent glut of big-race action in a single weekend still seems like too much of a good thing at the one time.

Everything gets worked around the Arc three weeks afterwards so there is an issue of timing. The Longchamp programme is designed specifically for that. The Irish Champion Stakes has always been run on this date so having the entire 'Champions Weekend' project pivot it makes sense. The result however is that too often the world's oldest classic has got pushed to the side in terms of attention.

So from a strategic point of view the most flexible event in this scenario, and with the most to gain from exploiting that flexibility, is surely the Doncaster Leger.

Admittedly with crowds of up to 5,000 people pencilled in to return to the Leger festival, the first time paying race-goers will be able to go racing in Britain in almost six months, there is bound to be plenty of attention on Doncaster this week. But more often than not the Leger emerges as a poor relation in such a glut of big-race action.

The nature of fixture arrangements in Britain, and how individual tracks guard their own interests, often means there is less manoeuvrability in terms of race planning than there is in Ireland or France. But from a wider strategic point of view it appears like England's final classic has a lot to gain from another date.

The world would hardly need to be tilted on its axis for the Leger to get switched to either the weekend before or the weekend after. Placing it later would make any tilt at the Arc unlikely but sadly that appears to be an increasingly unlikely double anyway. Earlier, and as things stand, the Haydock Sprint Cup is hardly the most inspiring of Group Ones for the first weekend in September.

In profile terms it will be interesting in this unique year how much of an impact 'Champions Weekend' has domestically in a sporting landscape largely shorn of other top-quality competition.

The Pro-14 rugby final between Leinster and Ulster takes place on Saturday. But otherwise, and allowing for the behind closed doors nature of the event, this 'Champions Weekend's is still both a test and an opportunity for a concept at least partially borne out of a desire to spread racing's appeal among the general public.

To that end the easing of restrictions to allow jockeys more freedom of movement into and out of the country for Group One races is welcome. If that helps encourage top international horses to travel then all the better. Hopefully it will mean that there's no repeat of a recent Irish Champion Stakes which memorably didn't merit a single word in the country's most popular Sunday newspaper the following day.

Onto other things and while we're coming to this late, and it's not like there hasn't already been reams of comment, it's still worth making the point that the circumstances which allowed Walking Fame keep a bumper success at Downpatrick last Monday were just plain unfair.

So what, you might think. The stewards implemented the rules as they are so get over yourself and stop being childish. Fairness has nothing to do with it. Except it does, because this is sport. And sport might just be the one environment where the concept does actually count for something, where it isn't simply some platitude.

Any system that allows Walking Fame keep that race, after veering off-course and compromising the chances of two closing rivals to the extent he did, isn't fit for purpose. Once again the rules got served but at the expense of justice. That is unfair. In almost any other aspect of life the response might be 'tough.' But sport is supposed to be different.

It makes interpretation of the rules all-important. The Downpatrick stewards concluded they couldn't be satisfied Walking Fame improved his placing. And no one can argue for certain that they were wrong. But no one expects certainty. It's an impossibility. What they do expect is fair play to apply. This was just the latest in a long line of examples where it hasn't.

The sinned against should get treated fairly but too often in racing it is the sinner that's favoured. The implications of that are stamped all over the riding culture that exists here. This space is blue in the face arguing that jockeys ride to the culture that applies and one that produces an outcome like the one at Downpatrick last week is fundamentally unjust.

Finally, the high-profile English owner John Dance has announced he is cutting back on numbers, citing frustration with a number of issues but nominating especially the handicap system, and the form of some horses suddenly being transformed once they're handicapped.

Dance suggested a link to poor prizemoney in Britain and how some people might be encouraged to tee horses up in order to make the game pay. Theoretically he might have a point but it smacks of being just that bit too neat. Prizemoney is generally better in Ireland. But there are plenty here, most of whom who don't need to make the game pay at all, that still like nothing better than setting one up!