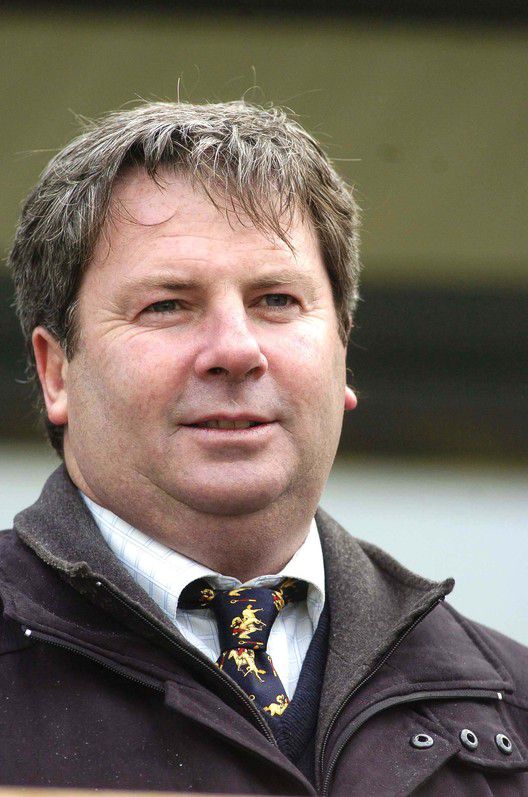 Eric McNamara
© Photo Healy Racing
The Guinness Kerry National has been a very good race for us and we will be returning to Listowel hoping to add to our previous three triumphs in it.

Black Scorpion went to Killarney three weeks ago and finished third over a distance that was short of his best so we’re delighted with his prep run. Ideally I would like the ground to be as good as possible for him.

Internal Transfer was to run the day after in Killarney but the ground was just too good for him. We didn’t want to take a chance on him on the good ground so he goes straight into the Kerry National without a prep run. But he’s in really good form, he’s very fit and very well. He might lack a small bit of experience but we still think that he has a very good each-way chance.

It’s a huge race down in this locality, we’re quite local to it. For all Co Limerick and Co Kerry people it’s a huge meeting and a huge race. There’s great prize money and it’s a lovely race to win. We’ve been lucky in it in the past and I’m fortunate to have two horses to target at it this year, and they’ll go there all guns blazing, Please God.

Ponmeoath won it two years in a row (2007 and 2008) and that was very special to be honest. Faltering Fullback was a nice horse as well and he got his chance as a reserve in 2012 and won it as well, so it’s been a very kind race for us.

When the recession hit us we went from 60 horses down to eight horses, and it’s taken us a long time to get back going again really. We’re back up to 30 horses now and our aim is to try and get a few more, to get back as competitive as possible in the game.

I’d say it’s more or less the same people coming in, though a lot of the builders have maybe stayed out of it. Syndicates are only now starting to get back involved, but a lot of the owners are picking the bigger stables for some reason. Hopefully the smaller yards, myself included, can get a few of these owners and show them that we can train as well. That’s what we need to do, that’s what we have to do, to be as successful as we can.

It’s a winner’s game. We’re lucky enough to have the horses we have and if we can win a few more races, hopefully we’ll keep finding new clients and getting bigger — I don’t see any other way.

We’ve a nice set up here and we love to see the owners come down and have an involvement in their horses, but you’ll always have people that even live in your own town, and they’ll send horses 200 miles away to be trained. There’s nothing you can do about that, but if you are training enough winners, then the owners will come to you. But you can’t have enough winners if you don’t have enough horses so it’s a vicious circle.

It’s about taking small steps, but from my own personal point of view, I want to climb up that ladder back as high as I can, and I’m sure there’s an awful lot of other trainers in the same boat as me.

We’ve two sons in the game. Emmet rides for Aidan O’Brien and he’s had a good career. He’s had hundreds of winners thank God, and Conor now, his younger brother, he’s only 19 years of age and he has 10 or 12 winners this year. He rode a double last night in Clonmel and please God he’ll have a few rides in Listowel. He’s doing very well for himself and long may it continue.