Looking ahead to this weekend's racing 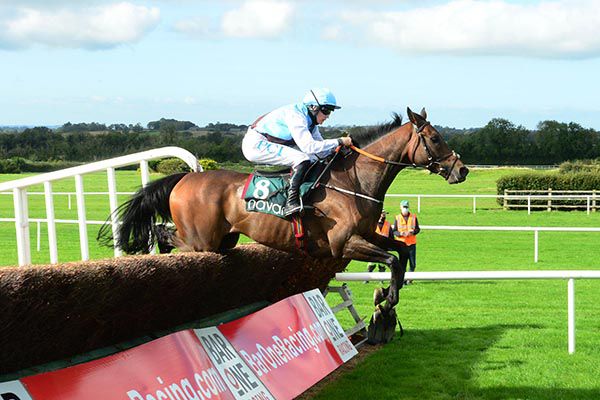 It was great to get Ask Cory’s head in front at Killarney on Monday. It was a first winner for the owners, so obviously a really special day for them. He travelled and jumped much better than the last day at Downpatrick to land his first win after knocking on the door a few times.

On Saturday I head to Fairyhouse for 4 rides. It’s a lovely galloping track with 12 fences on a circuit. It hosts some of the best meetings over jumps with the Irish Grand National being an obvious one plus the Hatton’s Grace Hurdle, which Honeysuckle won last year. Fingers crossed I can add to my tally and have a good day there.

My day starts with Somptueux for Henry who put in a good jumping performance when winning impressively at Navan. He has been well at home since that win and should be there at the business end of the race.

My second ride of the day is aboard Gua Du Large in the two mile maiden hurdle. He is a 4 year old by Kapgarde and seems a lovely horse at home. I am really looking forward to seeing what he can do on the track.

Next up, I partner Riobeard. He has been busy on the flat this summer having had eight runs. He is fit and well from that flat campaign, and hopefully, he can make his mark returning to hurdles.

My final ride Saturday is Withallduerespect in the handicap hurdle over two miles two, she is lightly raced compared to many in the field, she is well capable if she puts her best foot forward and the conditions should suit her.

On Sunday I head to Limerick for a busy day of rides. It’s a track that can suit front runners really well. You have 5 fences in the back straight on the climb then 2 in the home straight. The ground can get very heavy there in the winter months but it looks like it should be lovely soft ground on Sunday.

I kick off in the 2m5f novice hurdle with Commandingpresence. He couldn’t have done things any better than he did the last day when winning impressively at Punchestown. This is another step up for him but he seems to have come out of that race really well and hopefully he can keep going in the right direction.

Rebel Early runs in the mares handicap hurdle. She hasn’t been seen on a racecourse since February, but Liam Burke has his horses in fine form with a nice winner in the bumper at Galway the other day. Fingers crossed she runs her race, I’m looking forward to riding her again.

My 3rd ride on the card comes in the 2m6f mares hurdle on Ellie Mac. She showed plenty of heart to battle back after the last to win at Punchestown. This is a more competitive race but hopefully she runs well and if she does she shouldn’t be too far away.

Next up, is Classic Concorde for Andy McNamara in the 3 mile handicap hurdle. He was a good winner last summer of a handicap hurdle on good ground at Kilbeggan. He reverts to hurdles here after chasing on his last three starts when he ran okay. Hopefully back over hurdles, he can make the frame here.

We then come to the rated chase where I ride Visioman. He was a good winner under a good ride from Dylan Robinson at Kilbeggan last time out. With Just the four of us in the race hopefully we won’t be too far away. 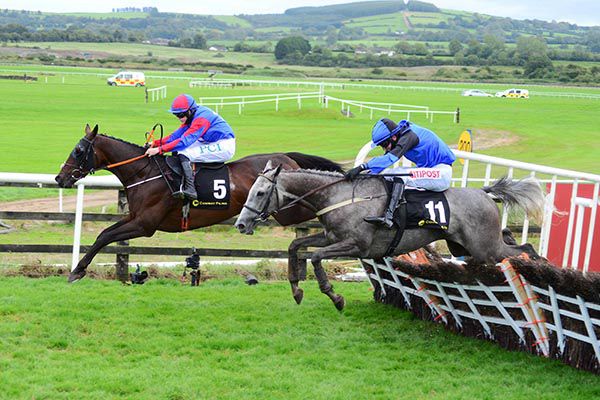 We then come to the Munster National where I take the ride on Walk Away. He was a very good second to Faugheen in a beginners chase last season at Punchestown. His runs after that were a tad disappointing, however, since he came back in he has schooled well, so everything seems good with him. He has a nice weight and think he is a lovely ride that I am really looking forward to.

My final ride of the day is Foxy Jack’s for Mouse Morris in the beginners chase. He came out of Gowran as the ground was just a bit too quick for him. This is his first run over fences, so hopefully we can get him off to a good start. He ended up rated 129 over hurdles and should make into a lovely chaser.

Read all the latest from Rachael on her Betvictor blog

It’s been a tough week for a lot of people in our country with us moving to level 5 restrictions. There’s a massive amount of credit due to everyone involved in our industry for keeping racing going under a very strict set of protocols. Our Senior Medical Officer Jennifer Pugh has done incredible work and the whole weighing room is very grateful to her.