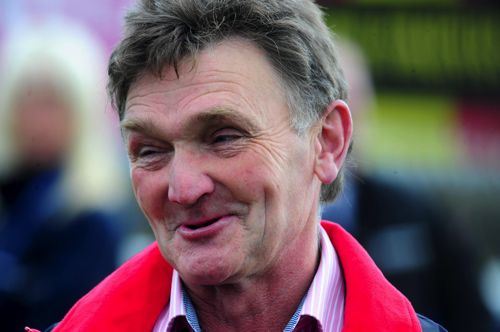 It meant an awful lot but not just to me, as winners are always hard to come by. You’d be struggling with average horses and you’d be trying to support owners and give them a tip too.

I was up in the stand and there were a load of students from UL and they pooled €500 between them and had it on. It was some crew and they got into the parade ring after but that was fabulous. They’ll be new owners and new trainers down the road, which is what the sport needs.

He’s a horse, for some reason, he’s fancied every day. I’ve intended to back him most days — I don’t know did I get on him any day! Every time you’d ring, they’d say he’s favourite!

He likes good ground. He won a hurdle race on soft in Clonmel four years ago and we thought that was what he wanted, but you could see it again in Sligo the last day, the way he moves, his head is a bit high and he probably has to drag himself out of the soft ground. On the good ground he’s able to float over it. The Roseliers, long ago, they were versatile on ground and Roselier is the damsire.

I just said to the jockey, don’t go for him. Let him be looking at something up on the hill. If you go too far out, you’ll probably empty him. He rode a peach of a race and we were lucky to just get up. Not that I saw a lot of the race to be honest, with a load of young fellas jumping and roaring and screaming around me!

By the sounds of them, they’ll drink a lot of it tonight but in racing, winners are everything and you need the middle-of-the-road horses to keep the show on the road. 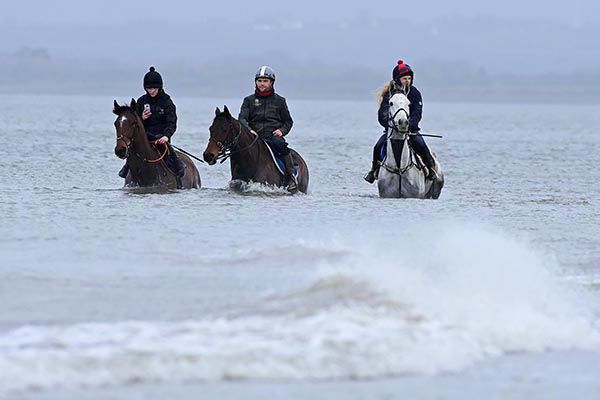 He’s a consistent old boy. He started on a rating of 113 and I don’t know was he ever 113. So it took him two years to come down. He was running consistently without winning and wasn't ever going down but that’s the nature on the beast.

We’d had a hard old day, with three runners that ran okay before him but it’s hard to see them winning a race in the near future the way they ran so this fella bailed us out.

You’d always be short a stable in winter so if he can go to a good home in England where he’ll have an opportunity of running, we’ll look at it.

If the water comes at Listowel, we might do a bit of damage. Chatham Street Lad is ready to run if the ground is soft. He’s in great form and will be entered for the Kerry National. He’s in good order. We have a few more too. It’s a lucky track for us and I suppose Kerry want some bit of consolation after the beating they got already in the football!

Racing in Ireland is competitive but I love it and I have always enjoyed the banter. My father Dinny had greyhounds and horses and that was how I got into it. I worked in the chocolate factory until it closed down and I have been full-time in the racing ever since. We have had some good horses in the past and it was great to win at Cheltenham last January with Chatham Street Lad.

We started off producing horses, with the likes of Monsignor and Forpadydeplasterer and have been lucky with the likes of For Bill, Rebel Fitz and Missunited. Missunited was unbelievable winning the Group 3 at Goodwood and then finishing just a half-length behind Leading Light in the Ascot Gold Cup.

It isn’t easy but we’ll drive on. Any day you have a winner, is a good day.

Losing my ten-pounds claim has been an important milestone for me this year and I couldn’t have asked for any more in my first season with a licence on the track. I had ridden in point-to-points before that and rode a winner last year but to get my first winner on the Flat in my first year and now have three, is extremely satisfying.