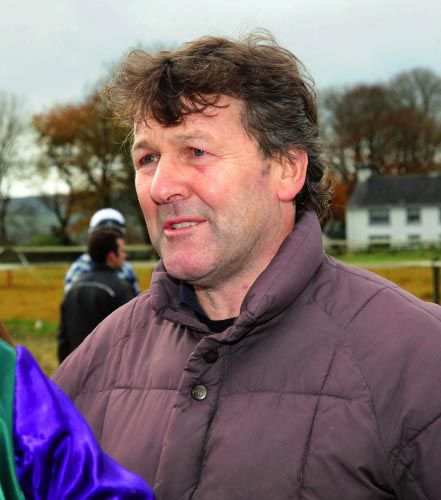 I always enjoyed the banks races as a rider. I was lucky to ride a lot of winners for PP Hogan in point-to-points and he was the top man when it came to the banks races at Punchestown and hunter chases too.

When I started training, I was so fortunate that Mr (JP) McManus let me run some of his horses in them and he gets a kick out of it as well. Spot Thedifference, Heads OnThe Ground, Garde Champetre and Josies Orders have won the Cross-Country Chase for us and Elegant Lord and On The Fringe were Foxhunter Chase winners.

It is great for these horses especially in the Cross-Country, that they have reached their pinnacle in steeplechases. This is another way for them. It brings on some and some of them don’t take to it as well. It is not all glory days. But I am just so happy that that so many of them have come back to life again.

You have plenty of runners in them now too because it rejuvenates so many. It is definitely less taxing on them. They are going steadier. They are in their comfort zone. The fences are different and new. But at Cheltenham and Punchestown, all the fences are horse friendly. Back 30 or 40 years ago you would probably have three finishers. The fences were very stiff and unforgiving then. But everything is improving now in terms of horse safety and rider safety.

That is why you get the likes of Tiger Roll showing up and doing so well. If you had trappy fences people wouldn't risk their horses. But they will now and you end up having a better quality race. Which is fine, so long as we can win it!

Nicky Henderson is thinking of running Valtor in the Cross Country at Cheltenham. He ran well at Ascot. And Might Bite, second in a Gold Cup. It is great for the race. It is really after lifting the profile of it.

As well as Josies Orders, who won it before, we have Yanworth entered. He had the misfortune of falling at an early fence at Cheltenham in December. But I always find that they benefit from being around there. And it is always March that Mr McManus is aiming for.

I think Tiger Roll is tailormade for it again. He has to finish to qualify for the Grand National. They will be going with all guns blazing. Then there is the French horse, which is smart, Easyland. Mr McManus just bought him recently. So it will be a pretty hot race this year.

While he will have Easyland running from a different yard, Mr McManus just tells me, ‘You look after your horses and let him look after his crowd.’ We get there and we are all in one team. If he doesn’t win, I hope I do. I think Easyland will be a hard one to crack now for Tiger Roll.

After having a hard race at Punchestown in heavy ground, it will be some spins on the beach for Josies Orders and Yanworth. We will just freshen them up. And hopefully they will travel on the Sunday before Cheltenham. Less is better now from now on.

We have a nice horse in the Foxhunter Chase called Staker Wallace. He has been a nightmare to keep right all his life but when he runs he is good. Touch wood, he is sound after his racing. He ran a very good race at Naas in a hunter’s chase. He is nine and only has the legs of six-year-old. We are hoping.

Back in the 80s, you had seven or eight runners in the Foxhunter. Now, it is a case of will we get a run. You have Minella Rocco thrown in there. Last year’s winner, Hazel Hill disappointed last time against Minella Rocco but they said they will get him back on track. Paul Nicholls will definitely have a few to throw at it as well. It is a great race. There are high-profile horses coming out for it.

It has been tough with the weather to get them ready. We are fortunate enough we use the training ground in the Curragh even though I am two-and-a-half hours from there. We have to take them there for their flat work. But as regards their home work, they have just been on the roads. The gallops have been on under water the whole time.

So they will all definitely strip fitter for their last runs and hopefully be spot on for Cheltenham. As ever, we are really looking forward to it.