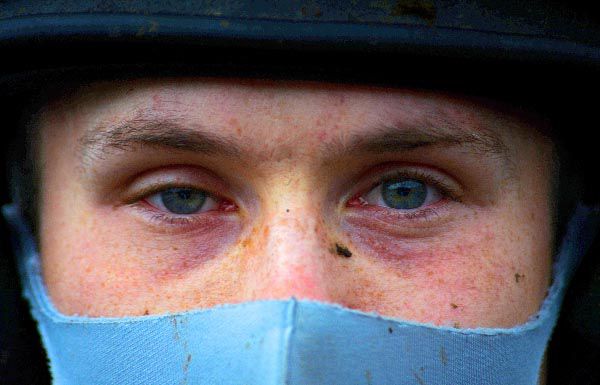 So when Mark retired, I just said I’d give Noel a quick call to see would he like me to come back in riding out and he said, ‘Definitely’, and we have got off to a great start with a few winners which is great.

I rode a winner for Noel when I was 16, on Ice Cold Soul, which was just a chance ride. I rode another winner for him at Christmas in Limerick two years ago. Lieutenant Command was the horse. Mark was riding in Leopardstown so I rang Noel for that ride. So I had a little bit of luck with him before I started going in there.

The first horse I rode for him since Mark retired, He’s A Hardy Bloke, won well in Clonmel and it was a great way to start the partnership again.

Noel’s horses are fit early and even on their first time out, they’ll improve but they’re not there for education. They’re there with a chance. Noel likes to give a horse a chance in a bumper and he’s not afraid to give a horse another chance if he thinks it will win a bumper.

That’s great because you can be riding a nice horse in a bumper but if it’s there for the education before going onto hurdles, it’s not much use to you.

Mare Quimby won first time out but she was very green when she hit the front and will come on a ton for it. She hit the line well because she was very fit. That’s brilliant when you’re riding them. 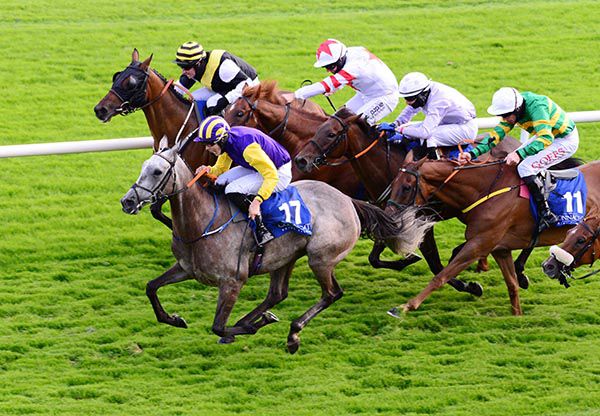 It was great to win the Connacht Hotel Handicap for amateur jockeys at Galway in the summer, though in hindsight, given I was sitting on Princess Zoe, it would have looked very bad if I didn’t! She was very well handicapped at the time so she was entitled to win.

She stays very well — she won the Group 1 over two and a half miles. Tony was very confident before the race in Galway and he filled me with confidence. He just said not to panic. ‘When you’re going by the castle in the back straight, don’t be in any rush’, he said. ‘If she’s as good as I think she is, she’ll get you out of any trouble you’ll find’, and that’s exactly what happened. He said, ‘I’d prefer you to take a chance and get beat than kick on too soon.’

I took a bit of a chance going into dip. I stayed close to the rail. I was able to do that because Tony gave me the confidence to do it. Another time you might think you’re going nowhere and pull out too wide. But she was good enough to get me out of trouble. I left it late but she got there close to the line.

It was the biggest win of my career, a famous race for amateurs with a big history. It’s one all the amateurs want to have on their CV. I was very lucky. Not too many amateurs get to sit on future Group 1 winners.

Things started very quickly for me. I rode my first winner on what might have been my third ride in Listowel, on Mm Dazzler for Dad (Adrian) on June 1, 2014. I was only 16. I finished school and then went to college for three years. My seven- and five-pound claims were gone quick enough and I won a Listed bumper on Without Limites for Liz Doyle in Limerick.

When I got down to three, things quietened a bit. I was always getting lots of rides but I found the winners hard to come by. The highlight was winning a Grade 2 bumper on Santa Rossa for Dermot McLoughlin at Leopardstown during the Dublin Racing Festival in February 2019. Last season was very quiet. I know the season was shortened with Lockdown but I only had two winners. I was working hard, riding out everywhere, but I couldn’t get winners.

I was hoping and praying this season would be a lot better and thankfully, so far it has been, with six winners already and hopefully a lot more to come.

I played with the idea of turning professional but I was always on the heavy side. I was never going to turn while I was in college. I’d still be a little worried about the weight and if I’m going to be riding nice horses for the likes of Noel Meade, staying amateur might be the best thing for me. Naturally I’m around 11-1, or 11-2. It would be tough to do it day-in, day-out. I’m in a good position at the moment though, riding good horses for Noel. I’m only 22, it’s a good job and it might even be better than anything I could do as a professional.

Mare Quimby might be going for the Listed bumper in Navan shortly. I think the way she won first time out, she’ll improve a lot and is fairly exciting. There are plenty of nice ones coming through and we’ll just try to keep it rolling. You’re always just looking for the next winner and I couldn’t be happier now.