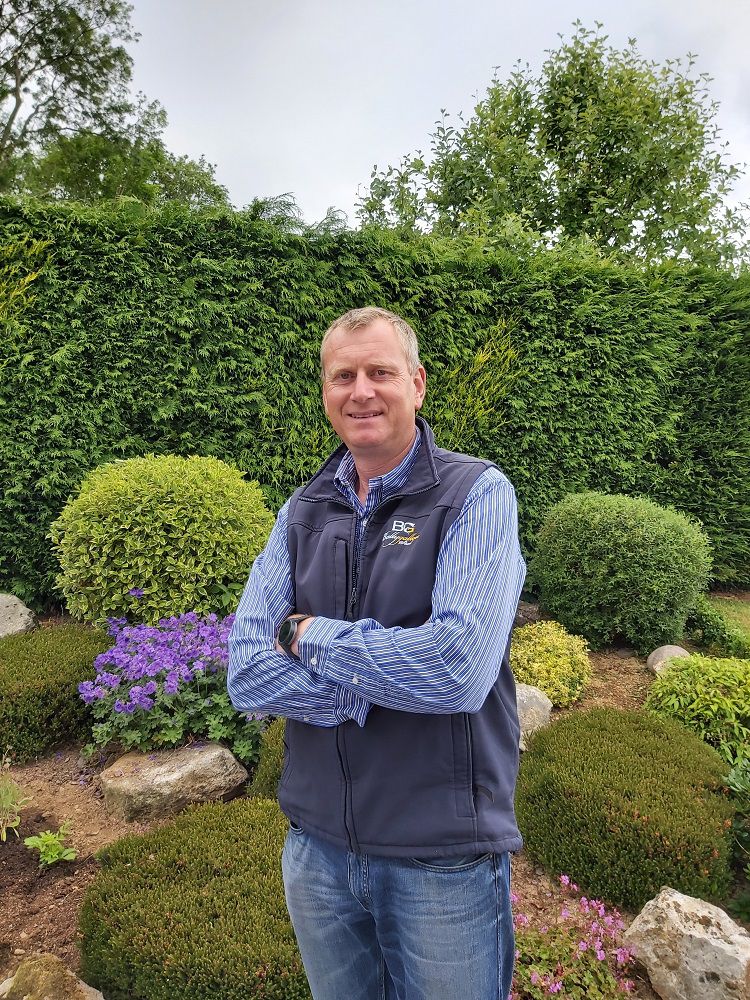 Not too long after he was sold to Hong Kong and he has done us proud, winning five Group 1s under his new name, Exultant, including three this year. He is a leading contender to be Horse of the Year at this stage.

It is a reminder how important it is for racing to be back under way, not just in a sporting sense. That in itself is good, having some live sport to watch and bringing a buzz back with some quality action. As a business and industry, without racing, you would sell nothing so breeders and producers need that demand.

The impact of the Covid-19 lockdown will probably not be seen from a stud point of view until later in the year, when people might be a little more wary to spend. Right now, it is the breeze-up boys feeling the pinch.

Ballygallon Stud is located in Inistioge, Co Kilkenny and owned by Belinda Strudwick, having been bought by Roy Strudwick in 1986. Among those bred on the farm were Double Trigger, European Champion Stayer in 1995 when he won the Ascot Gold Cup as well as Goodwood and Doncaster Cups — he won the latter two races three times — and his full brother Double Eclipse, who won three group races and was just beaten a neck by his elder sibling in the ’95 Goodwood Cup.

We are gradually changing emphasis again. For a long time, it was an owner-breeder operation and they raced everything but you have to bring in money as well. We have gone a bit more commercial nowadays and so go to more commercial sires. If you are not selling you can go to a sire that you think helps your mare and matches with it. There are plenty of commercial sires that match with mares as well but sometimes it can be a little bit expensive.

Good and all as first-season sires are and how good they sell, we are more inclined to look at proven sires. And we do look back on our own families of mares and see what works with them obviously. We don’t just go to a horse because it’s popular in the sales ring. We are lucky here, we have good pedigrees. Once you have good pedigrees you have a chance. You can have lovely looking horses but pedigree is the most important part.

We would be covering between 10 and 12 mares every year. It is a small number but it is very manageable.

Our main aim is to get to the sales ring but if we had a very nice filly we wanted to hold onto we would race, hoping to get some black type and breed from her. That’s no easy feat in Ireland. You have to be up to standard to get it.

If we had one that didn’t make a sale we would race them ourselves as well. We have great faith in our stock and believe in them, so we wouldn’t sell if we didn’t get what we believed they were worth. And there is a very good market for horses in training in Ireland. Ray Cody has most of our horses in training now, while Joseph O’Brien has three two-year-olds.

When we had Exultant, or Irishcorrespondent as he was at the time, we were racing everything in France. He got a virus that never cleared up. He didn’t get a chance to run at two. We had made a decision that we were going to bring back all the horses by then anyway. When he came back, he wasn’t in good nick but we do our pre-training here ourselves the last few years and worked away on him. When he was ready, we sent him to Mick Halford. He won his maiden in Leopardstown first time out. He won his conditions race then in the Curragh. You don’t get a chance to go for a Classic too often so we said we would have a go at the Guineas.

It was a very good run. Churchill had won the Guineas and he is a class horse. Our lad, for his third run ever, on ground he hated, did really well. He’s in Hong Kong now running on ground that is iron. On that day it rained heavily. They broke fast and he wasn’t used to that pace and hated the ground. Remember he’s winning over further now too. Shane Foley did a good job and nursed him into it well. It was a fantastic run for a horse on his third start and he did not run as a two-year-old.

There is no doubt it is great for the stud farm what he has achieved. At the back of your mind you would think about the fun we would have had with him but when offers come in from Hong Kong they are substantial. It is very hard to turn down money in horses because the next day you go out it can be disaster.

His dam Contrary is only 13 and has a Sea the Stars filly foal at foot. We have a beautiful Churchill filly yearling from her as well. She is back in foal to Blue Point. We were unlucky with her initially, as we missed three years with her initially that she didn’t go into foal. Thankfully, we got her back and she has been great since.

I came to Ballygallon from Ballylinch in 2014. I come from a dairy farm in Kilmore, Co Wexford but we always had horses. My father, Vincent had the dams of On The Other Hand and Made In Taipan. My brother Paddy qualified for the Los Angeles Olympics in 1984 in eventing but his horse had a problem a couple of weeks before and he couldn’t go. It was unfortunate.

I did the equine course in Kildalton College and started off in Grange Stud. I went from there to Arctic Tack Stud before going to Ballylinch. They were all very good learning curves.

You can be very busy in this line of work. Myself and my wife had twins when I was at Ballylinch and I rarely saw them. James and Sarah are eight now. My wife Jennifer has been a great support. When I go to the sales, she’s the one left to carry the can at home.

Belinda is a great boss and her daughter Alexandra is showing a very good interest too. They are very fond of their horses. You couldn’t get a nicer bunch to work for. They put a lot of money into the game, money that people don’t see. There is an awful lot of work before a horse gets to a racetrack, especially at the level we do it at. There is enough staff here to get them all in and to handle them. The upkeep of the place is second to none. It really is a five-star operation. The results have shown that and hopefully there are more to come.