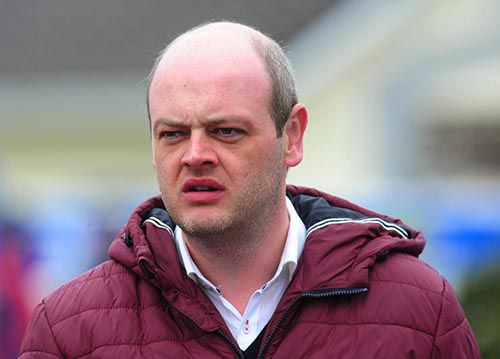 It has been strange being so inactive, and quiet, when my job as a commentator requires constant communication!

I have been spending most of the time in lockdown looking out of my mouth. To be honest, I don’t mind my own space at all. I potter around. I decluttered. I turned the apartment upside down and inside out. All I am waiting for now is for charity shops to open. I have crates and crates of stuff here to drop off.

The batteries are well and truly recharged, and I’m ready to rock and roll. It is not ideal behind closed doors but it is better than nothing.

I never worked any of the behind closed doors meetings. Ironically, my last day commentating was on March 8, also in Naas. The week of Cheltenham I went to Puerto Banus. It had been booked a long time in advance. I went off on Monday and came back on Friday, Friday the 13th interestingly enough, when restrictions were coming into force.

All flights into all Irish airports from Spain and Italy were being met with these environmental officers with high vis jackets. We were all handed a government advisory to self-restrict movements for 14 days and limit social interaction, avoid gatherings etc. So I did that.

I was due to return to work for the Curragh meeting that was brought forward to the Saturday but the night before, everything was shut down. So I’m itching to get back.

I did a few novelty and charity events which were fun, like the virtual Irish Grand National for the Irish Field. Paddy Power had me calling the Lockdown Derby and Bar One Racing asked me to help with their commentary challenge. They were all for charitable causes.

It will be strange commentating without any members of the public. I have always seen myself as the course commentator. That is what I am employed as. I never worked radio or television commentaries. It is a different kind of an approach. You have a different audience. But I won’t change even though people will be watching on television now. I will keep it the same as if they were with me.

I am from Listowel and you wonder about how that will be, as the Harvest Festival is such a huge event to the town and the local economy.

Pat Healy, who everybody knows as the racing photographer, is chairman of the committee this year. Pat is a good friend. I started out working for his late father Liam and kept up the photography with them until becoming a full-time commentator.

It is going to be difficult but we see Galway going ahead and who knows what place we will be in come September. We will just have to take it as it comes. There are challenges for everyone.

The spotlight will be on racing for now. With 77 pages of protocol, it will be easier to get in and out of Mountjoy than go to work but that is necessary and they are doing everything right. I won’t be allowed leave my post once I arrive in the box, so I won’t see anyone and will need to find ways to keep myself occupied between races.

Once we get going, it will be fairly intense. I’m looking forward to it.