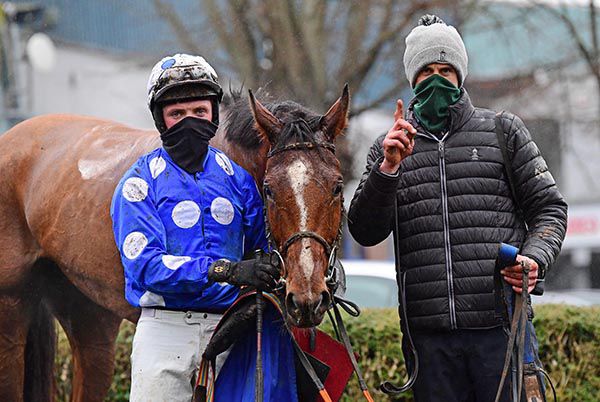 Street Value showed his toughness when coming out just nine days after winning at Clonmel to take the Adare Manor Opportunity Handicap Hurdle under Barry John Foley at Gowran Park on Thursday.

He’s just a big galloper, as tough as nails. The race worked out for him. Barry John let the race unfold in front of him and he was just there at the business end and toughed it out to the line.

He’s been in good form since he won in Clonmel, which was my first winner with the trainer’s licence, after I took over from my father Pat, who had his last runners at Tramore on New Year’s Day.

I live right beside the beach so he’s been down in the sea seven days in a row. He’s been hopping off the ground. He tried to bury me down there Wednesday so I said we may go to Gowran.

He is a horse that races behind the bridle all the time, which is the type of horse you want for the conditions they had there. I was hoping they’d gone too hard and would fall back into his lap, which is what happened, but Barry John said he was going as fast as he could most of the way so thankfully it worked out.

It’s a great syndicate of lads that own him, the Miracle Cure Syndicate. I’d say they were hopping up and down in their sitting rooms. I’ve been coming to the Thyestes with Eddie Power the last 10 or 15 years. Eddie, Declan McKenna and Johnny Ryan are all great men to support me and thankfully I have a nice horse for them hopefully.

I was saying to my father, he’s the type of horse that if he had the crowd, he’d come to life more and hopefully we’ll be back in Gowran with him next year when the crowd is there. 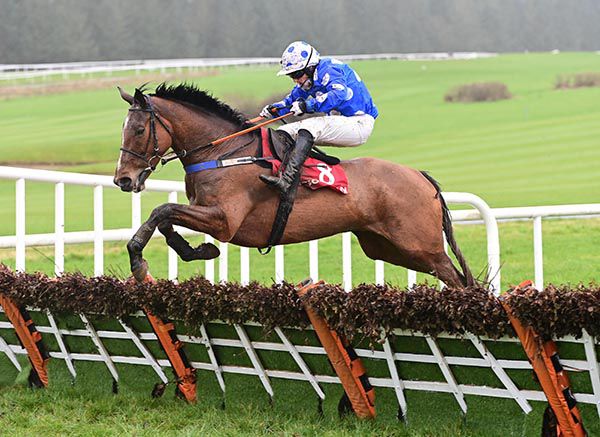 He was second in a point-to-point and I was going to send him to Doncaster for the sales but I got the lads into him because I knew he was probably the best horse I’ve had. I didn’t want to give him away too cheaply at Doncaster, in the middle of Covid. I told them he was a good horse so hopefully I’ll be able to prove that right.

I only put him into the race when I saw the money thanks to the sponsors, and there were only 11 in it. He’ll definitely get two or three weeks off now as that was a tough slog in bottomless ground.

The reaction after he won in Clonmel was unbelievable. My phone was hopping with well-wishers. Hopefully now people will see I can train and I might have the chance of getting another one or two along the way.

I have a couple entered on the flat at Dundalk on Monday. I’ve a lot of point-to-pointers but we’re in limbo with that at the moment and hopefully we can get that going again soon. If not, they might have to go run on the track. We’ll have to wait and see.

We have 15 in altogether so we’ll see how we go but it’s been a good start.