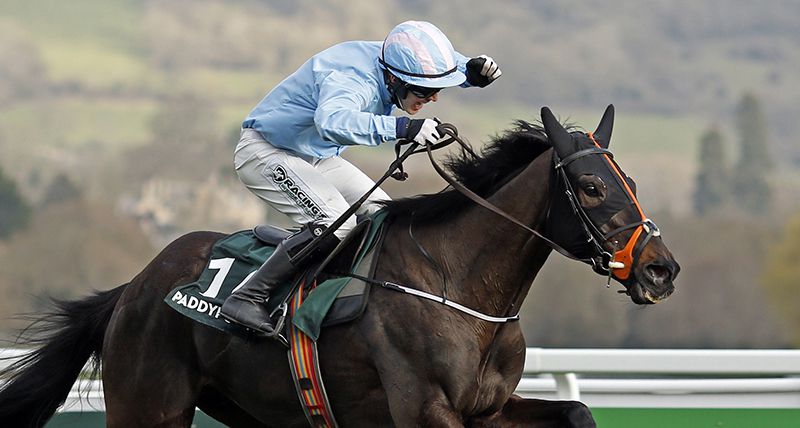 Jordan and The Shunter winning at Cheltenham
© Photo Healy Racing

Riding two favourites in two of the big handicaps on Thursday at Cheltenham, was something I tried not to overthink too much and The Bosses Oscar ran a great race to be second in the Pertemps Final.

I have great support around me. I was talking to Davy Russell on Wednesday morning before my first ride that day and he just filled me with confidence. He told me not to get too worked up about it.

He said to ride it like I rode every other race. It was a bit different alright but put it to the back of my head.

Another man who has helped me so much since I started is Barry O’Neill, the champion amateur jockey. I’ve worked with him since I started riding horses. He has filled me with confidence too. I was on the phone to him yesterday morning. He said to go out and enjoy myself, again, just ride the race, not to overthink it and not get too worked up.

The horse travelled over 13 days ago and had a hard race over two miles, stepped back up in trip at Cheltenham in a competitive race, fair play to him as well. It’s unreal.

A friend called Pearse Rogan, who works at many point-to-point yards in Wexford, where I’m from, I started riding ponies with him. Then I went with JJ Slevin. He was a massive help to me starting off, along with his parents Shay and Liz. I was there five years and they were a great help to me.

Then I went to Colin Bowe, who’s a top-class man with point-to-pointers and on the track. I’m there five years now. Unfortunately point-to-pointing isn’t coming back this year so I decided to turn conditional and am in Cullentra House three mornings a week, with Gordon Elliott and now Denise Foster. She’s put me on some great horses and given me great opportunities and I can’t thank them all enough. 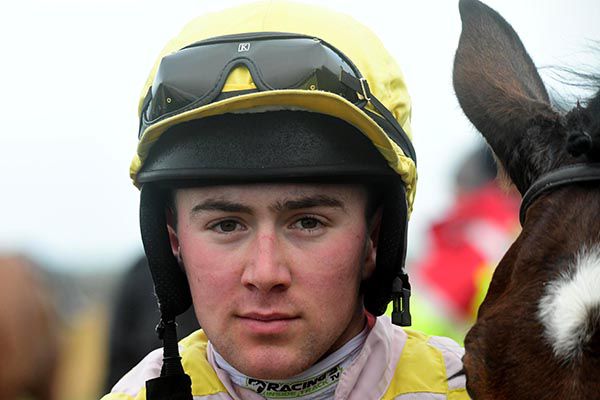 For the owner, Mr Byrne to take a chance on a seven-pound claimer, and Emmet, it’s just a big ask and something I never thought I’d have, that feeling of crossing the line in front at Cheltenham. I’ll never forget it.

Emmet told me they’d probably go hard but if they didn’t, not to be afraid to let him go. He’s that sort of a buzzy horse, he had a hood on, so we were able to do that. He’s very enthusiastic. From winning 12 days before, in a hard race, to do that was unbelievable.

I had a lovely posi. Away from the stands he got lit up. I tried to keep him covered but I just had to go forward and not disappoint him.

Down the back, Adrian Heskin was a good help to me. He just said, ‘Don’t panic, you’re in the right place.’ I gave him a squeeze at one or two at the top of the hill. He got a little deep. It was probably stupid down the hill, I thought I saw a stride. He could have came down but he chipped in for me luckily and brushed out through the top of it.

I turned in running away. He took me there very easily. Down to the second last, he wandered a little bit. I thought I was getting there too soon but I half-knew I’d plenty of horse. Down to the last, I didn’t want to force him. It can be a tricky fence in front of the stands. Once he heard something coming to him after the last, he really battled to the line.

It was just unreal.